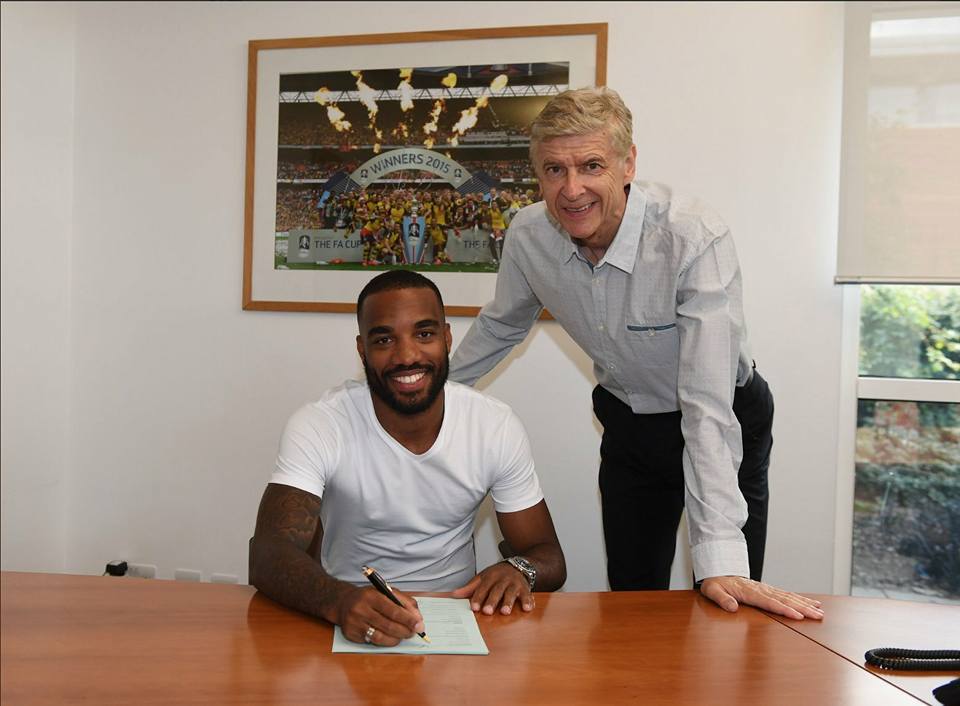 The Arsenal Coach, Arsene Wenger, has expressed great delight after capturing one of his prime target, Alexandre Lacazette, in the summer transfer window.

The Gunners via an official statement on their website on Wednesday confirmed that Lacazette has agreed to join the club on a long-term contract, for an undisclosed fee.

The French striker is expected to travel with Arsenal’s tour party to Sydney this weekend and is likely to make his home debut in the Emirates Cup on July 29 or July 30.

Manager Arsène Wenger said: “We are very happy to have Alexandre join our group. He has shown over a number of years that he can score goals and that he is a very efficient finisher. As well, he has very interesting technical qualities and a strong character. So, he is a guy who is a great addition for us, and someone who will help us challenge at the top level this season.

While Arsenal keeps sealed lips on the duration and worth of Lacazette’s deal, multiple reports suggests it is a club record fee of £52m for five years.

Magu: Osinbajo is on his own, Attorney General Malami says