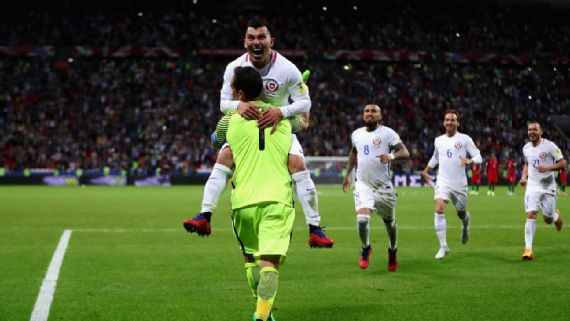 South American champions, Chile, are through to the final of the FIFA Confederation Cup following their hard earned win over Portugal on Wednesday.

As widely expected, the game was keenly contested and even dragged into penalty shoot outs before Chile carried the day and secured a berth in Sunday’s final.

After playing goalless for 90 minutes and all through the extra time, the game went into penalties in which Portugal were found wanting.

The European champions failed to convert any of their kicks while Chile buried three in the net to zoom into the final where they will face either Germany or Mexico.