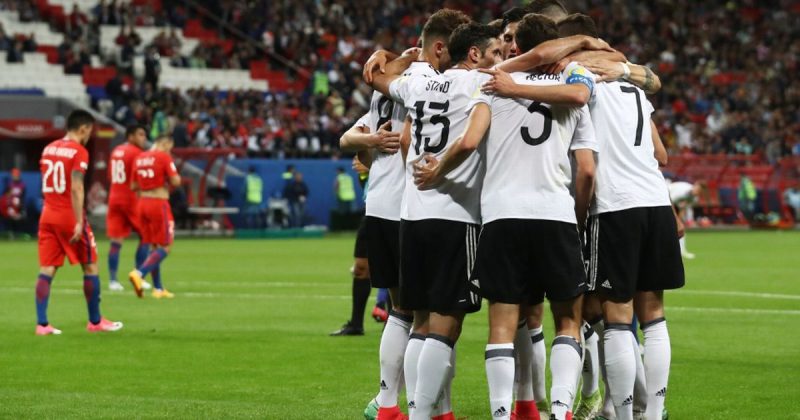 Cameroon were forced to a 1-1 draw by Australia [Photo: Daily Mirror]

World Champions Germany and South American champions Chile settled for a 1-1 draw in their second group game of the ongoing FIFA Confederation Cup on Thursday.

It was the Chileans that drew the first blood through Alexis Sanchez in the 6th minute but Germany ensured they were level before half time as Lars Stindl made it 1-1 in the 41st minute.

Both teams tried hard in the second half but there were no more goals in the pulsating encounter.

Earlier, reigning African champions, Cameroon, were forced to a 1-1 draw by Australia.

Both teams lost their opening group games and needed a win in Thursday’s game to have realistic chances of progressing into the semi-final, but at the end they settled for draw.

Cameroon will face Germany in their last group game while Australia have a date with Chile.

Both games will be played on Sunday.