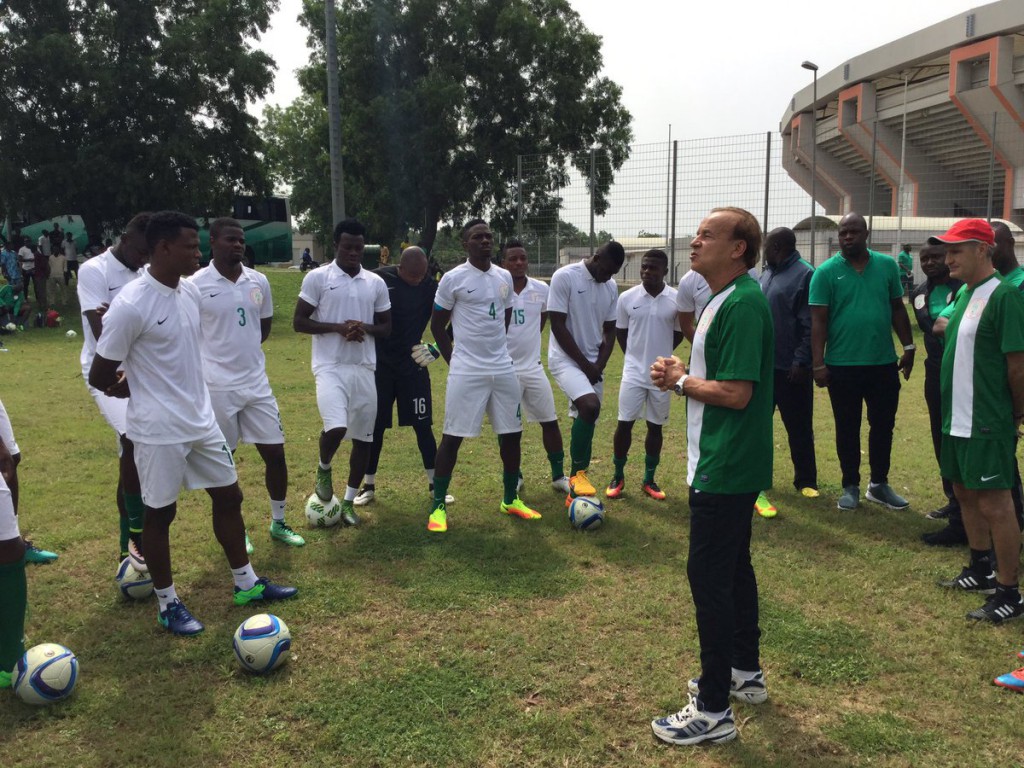 The Nigeria national team have intensified their preparations for Saturday’s Africa Cup of Nations qualifying game against South Africa as they held another training session at the Godswill Akpabio Stadium which will host the crunch clash.

All the 24 players invited for the South Africa game are in camp following Tuesday’s arrival of the trio of Elderson Echiejile, Ahmed Musa and Kenneth Omeruo.

The media officer for the Super Eagles, Toyin Ibitoye, told PREMIUM TIMES that all was going according to plan in Uyo as there were no injury worries in the team ahead of the game against the Bafana Bafana.

“The training is going on fine; we are gradually crossing the tees and dotting the i’s,” the Eagles spokesperson added.

Nigeria has never lost a competitive match to South Africa at senior level, and the Super Eagles are confident that record will not only be sustained, but will be surpassed with a convincing win.

Midfielder Ogenyi Onazi, who will lead out the Super Eagles on Saturday in the absence of recuperating captain Mikel John Obi, told thenff.com on Tuesday: “It is a big game, and we are one for the big occasion.

“I have confidence in the group that we have now and the ambition oozing in the camp. We want to go to the World Cup and the Africa Cup of Nations. Starting well on Saturday will be key to our aspiration.”

The Super Eagles beat the Hawks of Togo 3-0 in their last outing and will be more than happy to repeat that feat against the visiting South Africans expected to touch down in Nigeria later today.