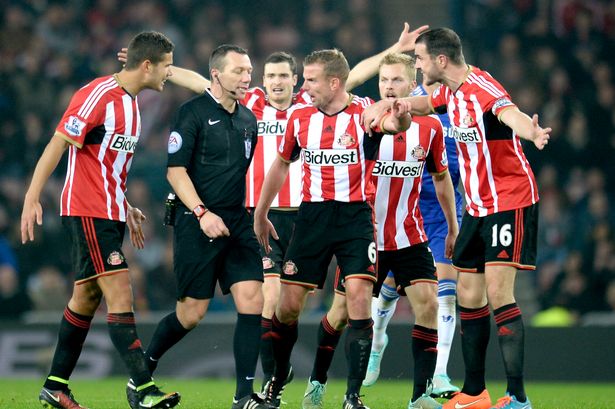 Sunderland’s 10-year stay in the English Premier League ended on Saturday with defeat against Bournemouth at the Stadium of Light.

The News Agency of Nigeria (NAN) reports that the result coupled with Hull City’s goalless draw at Southampton means Sunderland are 13 points from safety with four games left.

The Norwegian also came close in the 20th minute but his shot rebounded off the post and crossbar and into the arms of Jordan Pickford.

Artur Boruc saved from Jermain Defoe in the first half, as well as from Fabio Borini and George Honeyman in the second half.

But David Moyes side failed to sustain any real pressure on the Bournemouth goal.

The Black Cats have now been relegated from the Premier League for a joint-record fourth time.

Little has gone right for Sunderland ever since Sam Allardyce, who saved the club from relegation last season with just one defeat in their final 10 games, left to join England.

Moyes was named as his replacement a day later, but he had also given a hint of what the fans should expect after just two games of the season.

The Scot was left with little time to bring in summer recruits but those he did bring in have already disappointed.

Of course majority of them are his former players at Manchester United and Everton.

Their first win did not come until November but they followed it with three victories in their next six games in a brief glimmer of success, largely built around Defoe’s goals.

But since then Sunderland have won just once in 17 games and Defoe is without a goal in 10 games.

These have resulted in chants for him to leave being heard in recent weeks.