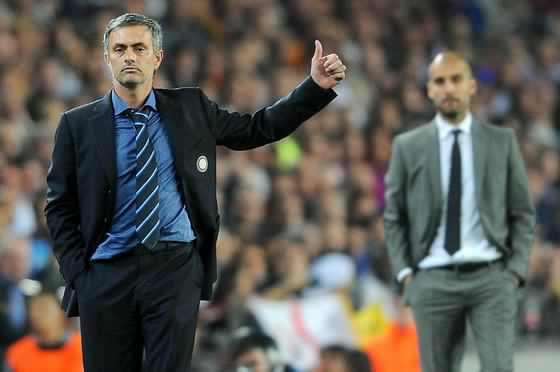 A Manchester derby of great consequences

Jose Mourinho is chomping at the bits with the opportunity to get one over Pep Guardiola. Where Manchester United have two avenues to qualify for the Champions League, Guardiola’s City have just one – the EPL.

The first meeting of these two teams in the league this season, last September, saw United thoroughly outplayed even though Sergio Aguero did not play. But on Thursday at the Etihad Stadium, it will be Mourinho’s team that are decimated with heavyweight injuries.

There would be no Zlatan Ibrahimovic, Paul Pogba and Marcos Rojo, three players that have helped Mourinho steady the United ship, since their last defeat in the league, way back in October.

This following statement would gladden the hearts of many United supporters – the last time these two sides met on a Thursday was November 1994, and United blitzed their neighbours 5-0 though we do not expect such a scoreline at the Etihad today.

In the build up to this encounter, Mourinho said City would not be ‘stupid’ that his team would be less without Ibrahimovic, Pogba and Rojo.

“But I think they are not stupid, they are not naive – they know we are going to give them a fight,” Mourinho added.

Guardiola is going to end a first campaign as manager without winning any trophy while there would be nothing happier for Mourinho than that his widely feted opponent should fall flat on his face after conquering La Liga and Bundesliga. Mourinho has been a success wherever he has been – Portugal, England, Italy and Spain and he wants to be known and seen as the most successful club manager ever.

City would definitely have more of the ball which means United will play to their strengths using the speed of Marcus Rashford, Jesse Lingard, and Anthony Martial.

Guardiola has to ensure that whenever they are pressing near United’s box that his team is not exposed, which could mean Fernando and Fernandinho starting this evening. The injury to David Silva is a huge blow as the Citizens would have to weave the play without their magical orchestrator. Guardiola also believes he is a better manager despite the ‘failure’. “I am not a worse manager because I didn’t win the title,” Guardiola told Sky Sports.

“I feel as though I’m a better manager than before because I learned a lot and am more experienced. I’ve learned to handle situations better than before.” He needs to show how much he has learned against Mourinho this evening.

Ooni’s Palace reacts to snub by Oba of Lagos