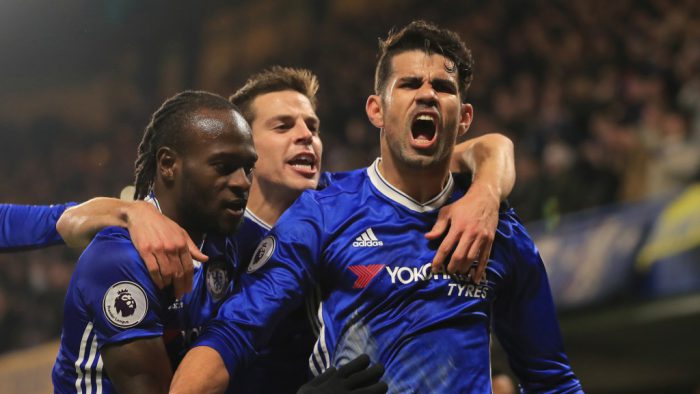 The Nigerian trio of Victor Moses, Ahmed Musa and Wilfred Ndidi, will be heading to the Super Eagles camp on a happy note after they all secured crucial victories with their clubs in the Premier League on Saturday.

The trio are in the 25-man roster invited by Super Eagles Coach Gernort Rohr for the friendly games against Senegal and Burkina Faso respectively.

The Super Eagles will be up against Senegal’s Teranga Lions on Thursday, before taking on the Etalons of Burkina Faso four days later.

Both matches will be played at The Hive, home ground of Barnet Football Club.

Moses, who was initially feared to be injured, started the game at the bet365 Stadium against Stoke City as Chelsea secured a 2-1 win that has now handed a massive 13-point advantage at the summit of the EPL table.

William’s opener had been cancelled out by a Jonathan Walters penalty in the first half, but Gary Cahill’s late winner put his side within seven victories of being crowned champions of England for a sixth time.

Elsewhere, Musa and Ndidi were both in action as Leicester City continued their resurgence on Saturday, beating West Ham 3-2 away from home.

While Ndidi was in action from start to finish and even provided an assist for one of the Leicester City goals, Musa was given an opportunity to join the game in the second half of the game.

The third straight league victory for the Foxes has seen them move into 15th position in the table and now six points clear of the relegation zone.

In other Saturday games, injured Victor Anichebe was not in action for Sunderland who are now looking destined for relegation as they could only play a barren draw against Burnley.

The biggest win of in the day’s game already decided was recorded at Goodison Park where Everton thrashed Hull City 4-0.