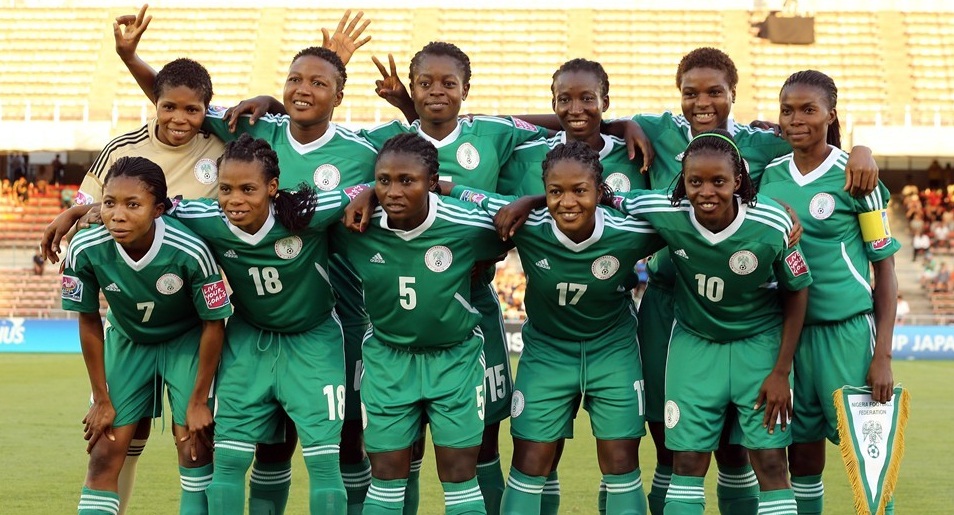 The Nigeria U-20 Women’s team, the Falconets, were whitewashed 6-0 by Japan in their opening game of the FIFA U-20 Women’s World Cup on Sunday in Papua New Guinea.’

The Nigerian Ladies went all the way to the finals of the last edition but were simply blown apart by the Asians on Sunday.

In the Group B clash played at the Bava Park, Port Moresby, Mami Ueno bagged a hat-trick while Yuka Momiki scored either side of the break as The Young Nadeshiko ran riot in their opening game.
Many fear this may be the sign of worse things to come as the Falconets just like the Flamingos did not enjoy the best of preparations heading to the World Cup.

The Flamingos lost all their three group games in Cadet World Cup for females weeks back in Jordan without even scoring any goal.

That was the worst performance Nigeria ever had in that competition.