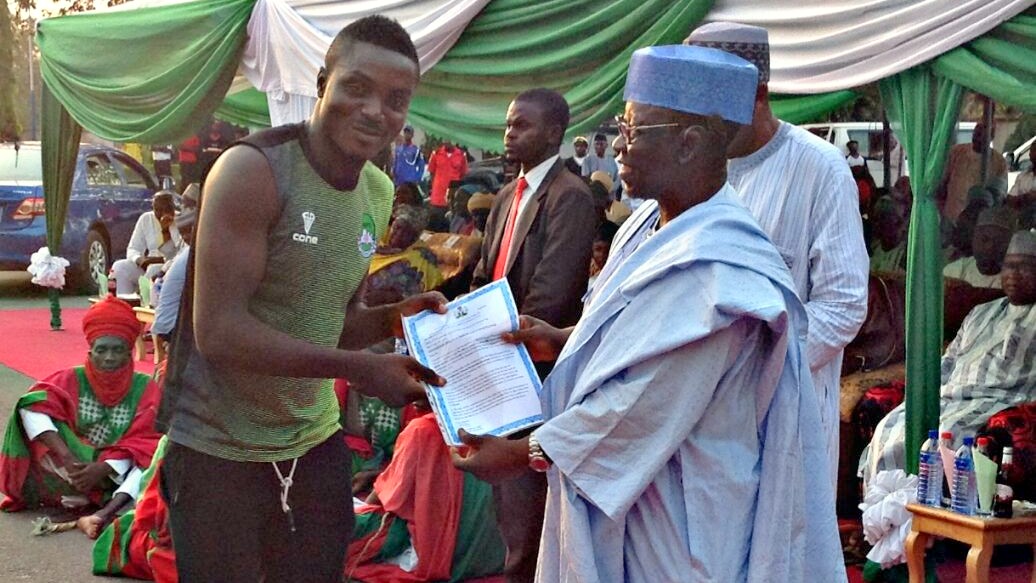 Players and officials of Nigeria Professional Football League side, Nasarawa United, have been rewarded with cash and land gifts by the state governor, Tanko Al-Makura, for their performance in the 2016 Federation Cup.

Nasarawa United were narrowly beaten in the final of the Federation Cup in Lagos on Sunday by FC Ifeanyi Ubah.

The Anambra warriors emerged victorious after winning the ensuing penalty kicks 5-4. But the governor opted to reward the team as this is the first time a club from the state will be going this far in the country’s oldest cup competition.

For their efforts, the club chairman, Isaac Dalandi, received N.5 million while the coach, Kabiru Dogo, was given N.4 million.

All the members of the team were given a plot of land each.