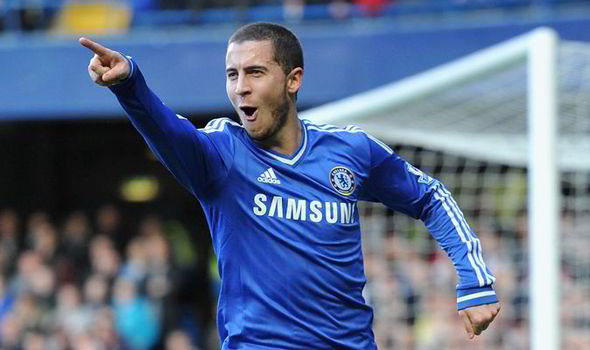 Victor Moses and his Chelsea teammates are now occupying the top spot on the English Premier League table.

This follows their awesome performance on Saturday night when they crushed Everton 5-0 at Stamford Bridge.

For the sixth consecutive game, Coach Antonio Conte kept faith in Moses as he gave the Nigerian a starting shirt in his now famous 3-5-2 formation.

As always, Moses did not disappoint even though he was not among the goal scorers.

It was Eden Hazard that opened the flood gates of goals for Chelsea on Saturday, scoring in the 19th minute.

Alonso added another for Chelsea barely a minute later before Diego Costa joined the party to score the Blues’ third goal.

Hazard was back to set the tone again in the second half as Chelsea increased their goals tally to four.

Pedro Rodriguez completed the big win for Chelsea who have now overtaken Manchester City at the top of the table.

Chelsea have 25 points from 11 games one more than Manchester City.