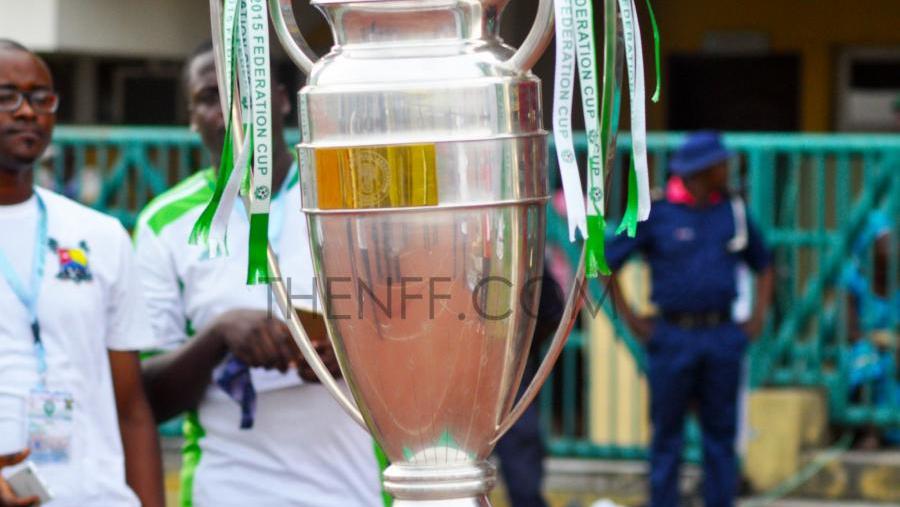 History will be made in Lagos on Sunday in the 2016 Federation Cup final as FC Ifeanyi Ubah and Nasarawa United battle for their first Cup glory.

Both teams have never gone this far in the country’s oldest Cup competition and having finally made it, they are keen to end on a high, lifting the giant silver trophy on Sunday in Lagos.

Aside the bragging rights and prestige at stake, victory for either side will also earn them the final continental ticket on offer as the winner of Sunday’s final will be representing Nigeria in the CAF Confederations Cup.

Going by their star-studded team, some are of the opinion that the FCIU fondly called Anambra Warriors have a slight edge

He said, “In the last few weeks, we have been training very well, and we have been paying attention at little details that can help us win the match.

“We are aware that it is a final,  and finals are lost/won by a moment of brilliance or a loss of concentration or a single goal.

“Yes, it might be our first final but we are going do our best to give a good account of ourselves,” the FCIU Coach concluded.

The Nasarawa United Chairman said his team have been perfecting their strategies nearby in Ibadan.

“We are very focused on winning this competition. For one week, we camped in Ibadan to avoid distractions, and we have confidence that we are ready to go for it on Sunday,” Danladi told thenff.com.

The Lafia–based club would hope to benefit from their experience in playing in the continent this year, when they reached the second round of the CAF Confederation Cup before losing to CS Constantinois of Algeria.

In the quarter finals, the Solid Miners prevailed 4-2 on penalties over 2015 champions Akwa United after both teams finished 0-0 in regulation time, and the Lafia boys then shocked two –time African champions, Enyimba FC, 1-0 in the second semi final in Ibadan.

In the Round of 16, they defeated Katsina United 2-0, the same margin of victory they earned over Warri Wolves in the quarter -finals. In the semi finals, they edged Crown FC 2-1 in Kaduna, albeit under controversial circumstances.

While the men’s final is to begin at 3.30pm, there is also the women’s version, which is billed to start at 1.30 p.m. between Bayelsa Queens and Rivers Angels all at the Teslim Balogun Stadium.

The governors of Anambra, Nasarawa, Rivers and Bayelsa are all expected to be at the venue, as well as host Governor Akinwunmi Ambode.

Murray to replace Djokovic as No. 1