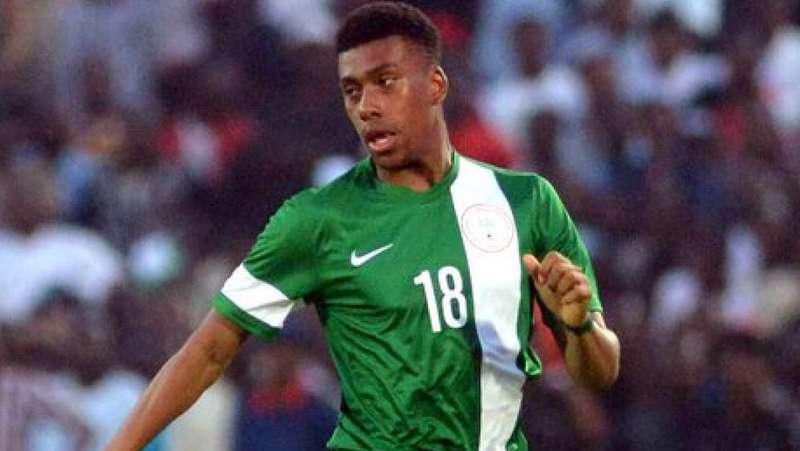 Alex Iwobi was on target twice for the Super Eagles as they thrashed Nigeria Professional Football League side, Plateau United, 3-0 in a friendly on Wednesday.

The game was played at the Abuja National Stadium despite the showers of rain in the Federal Capital Territory.

Iwobi who has been in impressive form for his London club, Arsenal, continued in the same light on Wednesday scoring two second half goals for the Super Eagles who have a crunch game this weekend away to Zambia.

The 20-year-old was absent when the Super Eagles played Tanzania last term in Uyo due to injury.

Parading largely second string players at the beginning, the Eagles could only muscle out a 1-0 lead in the first half.

One of the new faces in the Super Eagles set-up, Andreson Esiti, scored the only goal during the first 45 minutes.

Coach Genort Rohr excused most of the ‘big boys’ from the first half of the game except for Ahmed Musa.

Surprisingly, the Leicester City forward was a shadow of his usual self thus casting a doubt if he will be a starter in Ndola on Sunday.

The likes of Captain Mikel Obi, Ogenyi Onazi, Carl Ikeme and goal scorer, Iwobi, all came in for the second half which was better for the Nigerian team.

The clash between the Super Eagles and the Chipolopolo is scheduled for 2.30 p.m. Zambian time (1.30 p.m. Nigeria) on Sunday.