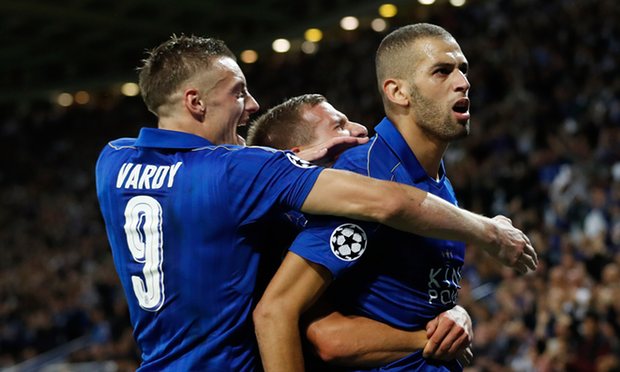 Hosting their first ever Champions League game at the King Power Stadium, the Foxes did just enough to beat former champions, FC Porto, by a lone goal.

Club record signing, Islam Slimani, was the goal scorer yet again as the Algerian continued to justify the huge investment made on him.

Leicester sit top of Group G with six points after Slimani headed powerfully home in the first half for his sixth goal in his last four matches against Porto, having joined Leicester from Sporting Lisbon in August.

Musa was brought in virtually in the last minute for Jamie Vardy.

In other games, Cristiano Ronaldo was on target on Tuesday night, but Real Madrid could not end their Germany hoodoo as they were forced to a 2-2 draw by Borussia Dortmund at the Signal Iduna Park.

On their part, there was no stopping for Juventus who hit Dinamo Zagreb 4-0 away from home.

Tottenham Hotspur also recorded an away win, beating their host CSKA Moscow by a lone goal in Russia.

In Spain, Sevilla piped Lyon 1-0 while the game between Monaco and Bayern Leverkusen ended in a 1-1 draw.