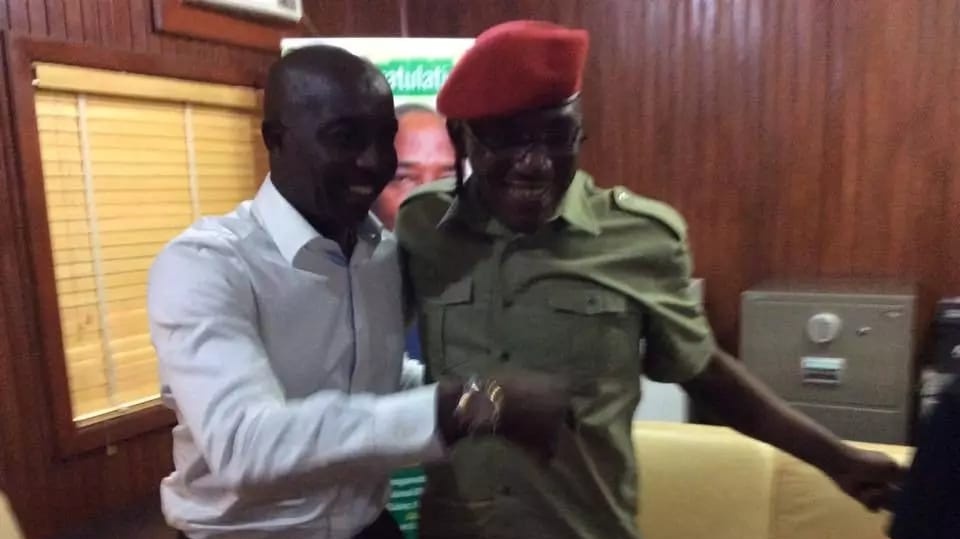 Minister of Youths and Sports, Solomon Dalung, has frowned at the treatment meted to Samson Siasia, the coach of the national under-23 football team, by the Nigerian Football Federation (NFF).

Mr. Dalung, who was fielding questions from State House correspondents in Abuja on Tuesday, after a closed door meeting with President Muhammadu Buhari , said NFF was unfair to him.

“NFF has not been fair to him. The withdrawal of Siasia’s official car by the NFF is condemnable,’’ he said.

The News Agency of Nigeria (NAN) reports that the car was withdrawn by the NFF when Siasia was on official assignment in Rio Olympics.

The Minister said Siasia did not deserve to be treated that way as he was an asset to Nigeria who must be treated with respect and dignity.

“Siasia is an asset to Nigeria, but unfortunately we are a country where good people are like wheel barrows. They are only useful when they are needed.

“When he visited me on Monday I told him I heard that he has resigned and he said he had not, but that his contract has ended.

“Then I invited the General Secretary of NFF (Mohammed Sanusi), because there was this report I read that I directed that his car be withdrawn while he was away.

“He (Sanusi) confirmed that Siasia’s car was indeed withdrawn. I then sought to know why this would come up while the man was on a national assignment.

“I then told him (Sanusi) that this was unacceptable,’’ he said.

Dalung however expressed the hope that Siasia would put behind him all the issues surrounding him and the NFF, even as he lambasted the federation over its poor relationship with coaches.

“But, how I wish the coach will be able to overcome all the challenges which have surrounded the issue and focus himself to serving the country.

“I told him on Monday that there is no way we will not need him.

“For the NFF they need to put their house in order. This idea of throwing away your best and branding them with all sorts of allegations will not help to grow the sports industry.

“Every human being has his own shortcomings, but, he also has his good side.

“We must try to accommodate each other,’’ he said.

“Even if NFF will not re-engage him, the Federation should at least give him some peace of mind to enable him make his contributions in a personal capacity.’’

He said it would be sad to have someone like Siasia depart Nigeria for greener pastures abroad, just like many other athletes had done, and as witnessed during the Rio Olympics.

On the appointment of a new head coach for the Super Eagles, the minister said the NFF had not officially informed him of Gernot Rohr’s selection.

“We have a German-born coach but that is not official to me anyway, because I have only been reading about it online.

“But they will also present him officially when they have concluded all the arrangements of engaging him.

“However, I will continue to maintain that we need to develop our own.

“There is no better way of making progress than to develop our own indigenous coaches,’’ he added.(NAN)

PENCOM to invest N2.32 trillion in infrastructure by 2019