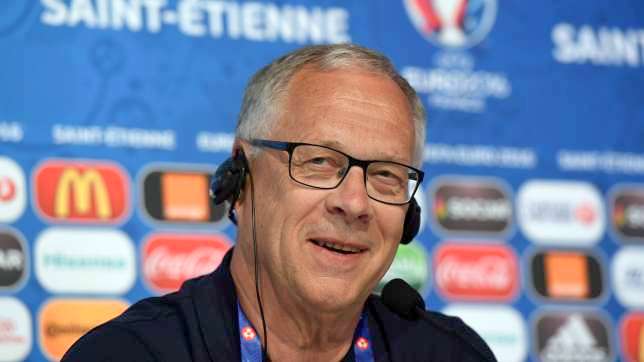 Former Super Eagles Coach, Lars Lagerback, has led Iceland into the quarter final of the ongoing Euro 2016 Championship in France as his team shocked England 2-1 in their Round of 16 tie on Monday night.

Lagerback had a brief spell with Nigeria in 2010 in the run to the World Cup but hurriedly left the Eagles after the Mundial.

The 67-year old then turned to the Iceland project which has indeed being a huge success; first qualifying the tiny country for their first major tournament and now leading them as far the quarter final.

In Monday’s game, Wayne Rooney’s fourth minute penalty gave the Three Lions the dream start they wanted but that was the only good thing they had to offer as Iceland equalized moments after through Ragnar Sigurdsson.

Sigthórsson netted what turned out to be the winning goal when he collected Bödvarsson’s short pass on the edge of the box and fired low past Joe Hart.

Though the goal came as early as the 18th minute, there was no coming back for Roy Hodgson’s men who were made to look ordinary by the Iceland team.

The team will now face France in the quarter final.