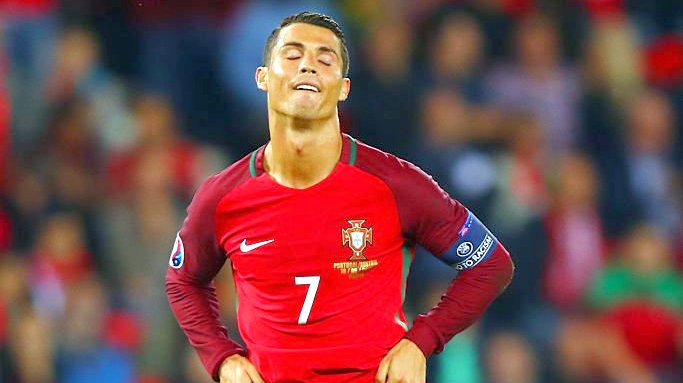 Cristiano Ronaldo failed to deliver when it mattered most for Portugal, missing a 79th minute penalty kick that could have salvaged the day for his team.

The big miss by the Real Madrid star meant Portugal once again failed to win at the ongoing Euro 2016 championships as they settled for a goalless draw against Austria in Paris.

The Portugal superstar had a chance to earn the lead and possibly the win for his side late on but missed from the spot despite sending the goalkeeper the wrong way.

As a result, they are now on the brink of elimination after they were also held 1-1 by Iceland in their first game.

It was a game in which the Portuguese dominated and created series of chances, but failed to get in front as Ronaldo, Nani and Ricardo Quaresma ran the show upfront.

The Austrians were not without their threat, as Marko Arnautovic led their onslaught, but they had to rely on trying to catch Portugal on the break.

The game wore on with Portugal dominating but without any real cutting edge until the 79th minute, when Martin Hinteregger was penalized for holding, earning Portugal a penalty.

Nobody at the stadium would have doubted Ronaldo scoring, but the Real Madrid striker failed to convert as his effort hit the post despite sending the goalkeeper the wrong way.

The draw leaves Portugal with two points and on the brink of elimination from the competition.

Nigeria lawmakers propose immunity from prosecution for Saraki, others