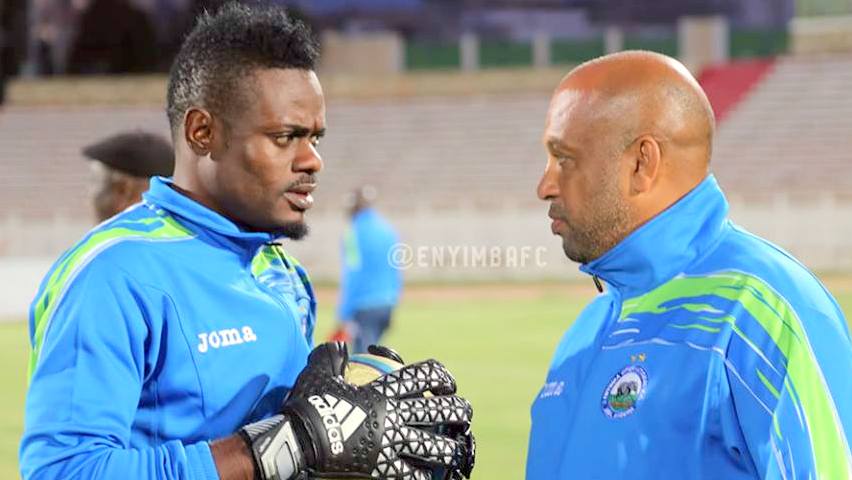 VIDEO: How my three-year-old daughter was sexually molested in Akwa Ibom school – Mother

Enyimba International’s quest for a third CAF Champions League trophy will not come easy as the Nigeria flag-bearers were Tuesday drawn in what seems as a tricky group in the next phase of the continent’s biggest club competition.

The Peoples Elephant, who are in Group B, have been pitched against two North Africa oppositions: Zamalek of Egypt and ES Setif of Algeria.

Zamalek have won the CAF Champions League five times but the last of their successes was as far back as 2002.

Completing the roster of four teams in Group B is PSL side, Mamelodi Sundowns, who recently were crowned champions again in South Africa’s top football division.

After being condemned to a 3-0 defeat by Enyimba no thanks to Mfon Udoh’s hat trick in the first leg, Etoile hit back at home to win by an identical scoreline but Enyimba progressed 7-6 on aggregate after a nervy marathon spot kick.

While Group B looks tricky, it is by no means better in Group A which houses Zesco of Zambia, Asec Mimossas, Al-Ahly and Wydad Casablanca who ousted defending champions, TP Mazembe.

As already stated, the top team in Group A will face the runner-up in Group B while the Group B winner will take on Group A in the semi final games.

NPFL: Rangers captain sure of victory against Lobi Stars

Osimhen returns to training after 79 days

Court restrains Modu Sheriff from parading self as PDP chairman