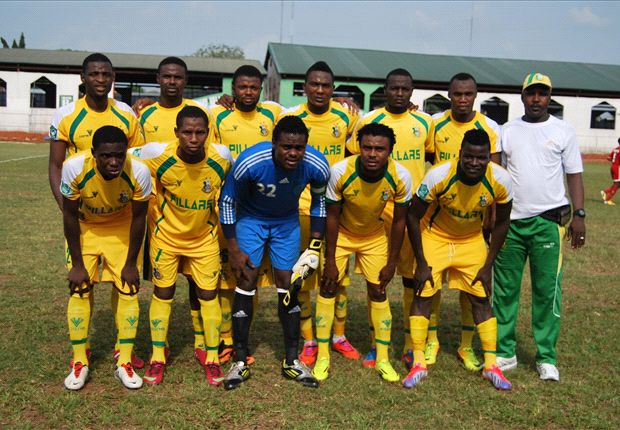 Kano Pillars have narrowed the gap between them and current table toppers Enugu Rangers to just one point as they secured a 2-1 win over Ikorodu United on Sunday in Kano while Rangers were forced to a 1-1 draw by Shooting Stars.

Pillars with their win now have 27 points from 15 games while Rangers are one point better with 28 from same number of games.

Kano Pillars required a 77th screamer from Captain Rabiu Ali before they could secure a 2-1 win over a seemingly rejuvenated Ikorodu United team.

In the game at the Nnamdi Stadium, Rangers were made to pay for their profligacy in front goal as Shooting Stars got a last minute leveller through Tope Orelope from the penalty spot.

In other centres, Enyimba International built on their away win recorded in Kano as they snatched all three points in Umuahia where they defeated Niger Tornadoes 2-1. Ike ThankGod, who was on target in Kano, was also on the scorers’ sheet on Sunday.

Sunshine Stars also recorded an impressive result away from home; having forced Plateau United to a barren draw.

In the only game played on Saturday, Abia Warriors piped Giwa FC in Umuahia.