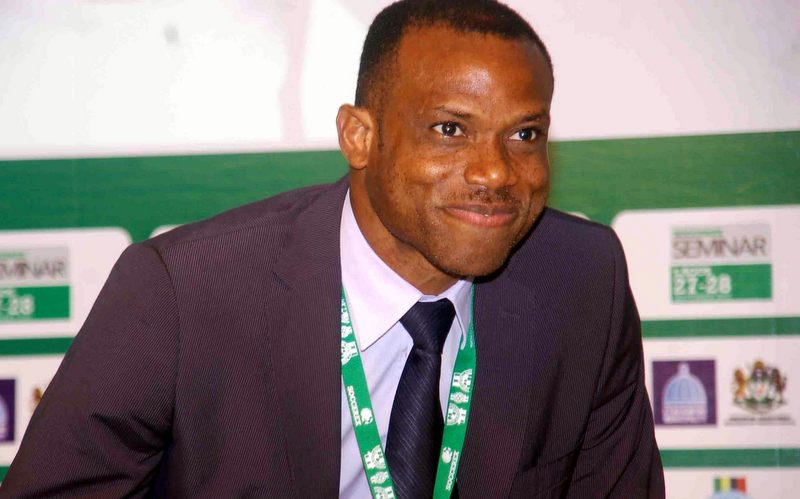 Sunday Oliseh is confident the group of players chosen from the Nigeria Professional Football League, are strong enough to make an impression at the fourth Africa Nations championship that starts for the Eagles on Monday evening.

The former Super Eagles captain, who took over the team from Stephen Keshi, is banking on the camp atmosphere and the way the players have responded to their training camp in south Africa.

“The camp mood is very good, right from the beginning the boys have been focused and cohesion among them is great,” Oliseh told Goal Nigeria.

“We are building a team, our objective is not just about winning the championship, but for the team to get better and also build a solid team.

The team, led by Sharks defender, Chima Akas, will play Niger on Monday at the Stade Régional de Nyamirambo in Kigali.

Oliseh continued: “If you notice the team, the players are very young and we plan to integrate some of them to the main team for the AFCON and World Cup qualifiers.”

Although players like Akas, Paul Onobi and goalkeeper, Ikechukwu Ezenwa, have all played for the main team.

Before their arrival in Kigali last Friday, the team had camped in South Africa, where they played three friendly matches – winning two and drawing one.

Many football pundits in the land have questioned why players like NPFL top scorer, Gbolahan Salami and U-23 star midfielder, Oghenekaro Etebo, were not named in the team but Oliseh has said he has all the player he wants in Rwanda.

“The players I love to have in my squad are here in Rwanda, we picked the players that qualified us for the Championship,” he concluded.

Nigeria has not lost to Niger in five meetings, scoring 12 goals and conceding just two.

The match kicks off at 5 pm (Nigerian Time).

Australia Open | Serena tested as Djokovic cruises through first round