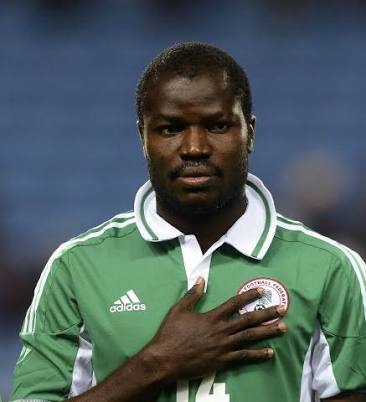 Memunat, the kidnapped wife of Super Eagles midfielder Fegor Ogude, has been released by her abductors after six days.

Timi Ebikagboro, the media officer for Nigeria U-23 team and a family friend to the Ogudes, broke the news of Memunat’s release late Sunday night with a post on his twitter account.

He wrote, “To God be the glory, the wife of SE (Super Eagles) player Fegor Ogude, Memunat has been released, she was released minutes ago, and is now with her family.”

Memunat was kidnapped at the family house in Warri, Delta State, on Monday night.

Gunmen reportedly stormed the residence and took away the wife of the Russia –based player – a member of Nigeria’s 2013 Africa Cup of Nations-winning squad.

Although it is not presently clear if a ransom was paid to secure the release of Memunat, PREMIUM TIMES learnt that the abductors of the Nigeria footballer’s wife demanded for a ransom,

According to the General Manager of the Russian club where Ogude plays, Amker Perm, Igor Rezvuhin, the abductors contacted the midfielder about a ransom demand.

“The criminals have asked for a ransom but I’m not prepared to discuss exactly how much. We will do everything we can to help the football player get out of the situation,” Rezvuhin was quoted in the Russian media.

With the release of his wife, Ogude should now be able to focus on his club’s warm weather training camp billed to take place in Dubai.