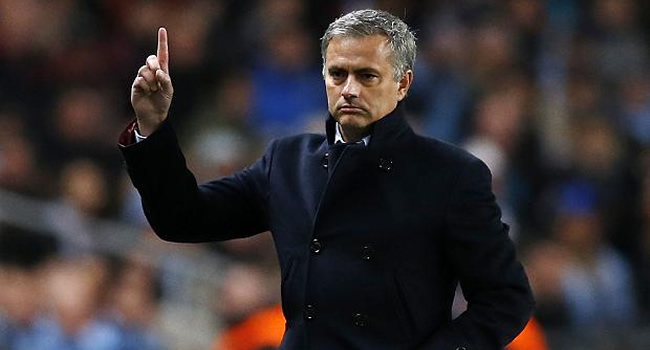 Abramovich, Mourinho and Chelsea fans have 5 life lessons to learn

Just five months ago, this Chelsea team paraded the EPL trophy in London amidst adulation from fans and admiration from opponents. Jose Mourinho’s small horse had become a full racing horse…

I am a Chelsea fan before some label me as being impassionate and I did not join the ranks when the Roubles poured in from Russia. For those who do not know, the Blues were not champions of England for a long time but in that time, they were about the only English team that played ‘continental’ football – playing the ball on the ground though I also do not have any apologies for being a fan; for it is my prerogative.

In time, I have also come to realise that the best you can do is plan for the future that you have predicted but no one can categorically say what would happen tomorrow.

After seven defeats in 12 league matches – the worst record for a Chelsea team since the 1978/79 season when the team was relegated, can this team be thinking of relegation? Yes, they must, because they are in one now!

Job said something in the Bible which is succinct – you cannot wish for good from God and not accept the bad when it comes [Chelsea fans can console themselves with this].

But where does this latest defeat from Stoke leave the owner, Roman Abramovich, the manager, Jose Mourinho, and the fans all over the world?

Life is not plain sailing

The whole Chelsea team of first 11 were in contention for the PFA team of the year selection just five months ago but the likes of Cesc Fabregas and Nemanja Matic, especially, look unrecognizable from the swashbuckling duo that almost patented a template for a midfield combo. Whether it is a lack of proper pre-season, too much travelling or simply a relaxation of high performance – one thing is sure life is not plain sailing but you ‘gotta’ roll with the punches.

When you are at the top, you can’t relax

The hardest that you will ever work is when you are in first position because literally the whole world is after you! The manager may have mentioned to his board that the team needed revitalizing but the esteemed men and women that make the decisions felt their team were better than the others by a mile last season, so why change a winning team. They must have forgotten that the best position in which to make a change is when you are on top.

You must learn to take failure on the chin

While it was not expected that Chelsea would again run away with this season’s title – no one could have said in August that after 12 games, Chelsea would have 11 points. But this is not the time to sack the manager [unless he wants to go as he is not up to the fight] but a chance to get a true understanding of what has seemingly gone wrong with a combination that got results 12 months down the line.

The true test of human is the reaction to failure

The time of failure is also the right time to also plan for success. Mourinho has had success after success while Abramovich has given managers the sack at the slightest hint of failure. Both owner and manager will never have a better time to learn about failure than now and they can either make it a valuable lesson or one that they will decide not to learn.

Stop complaining and get on with the rehab

This is also not the time to trade blames. This team has given joy, concertedly to its fans over the last 20 years and if we just look around us, we see ‘great’ teams that have not won the league for 10, 20 years. We also have teams that were twice former European champions languishing at the bottom of the table. Mourinho, especially should stop talking and start working with his players.

On a lighter note, the board should together go to Eva Carneiro’s compound in Gibraltar and beg her whole clan. Her curse has worked, she should take off the hex, and we will start paying her pension. She need not work again for the rest of her life – please, we have learnt our lesson!