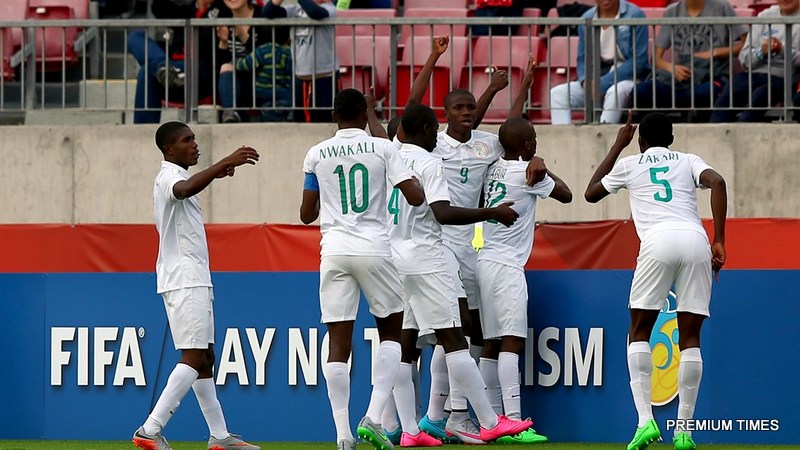 For the eighth time, Nigeria’s U-17 team, the Golden Eaglets beat the jitters to come back from a goal down to defeat Mexico 4-2 on Friday morning. That victory set up this mouth-watering all-Africa final match, with Mali as a worthy opponent. This was the scenario in 1993 but that set, which included Nwankwo Kanu and Wilson Oruma, led their team to a 2-1 win over Ghana.

One thing that can assuredly be said is that the Eaglets would not be facing a better technical side than Mexico but they will have to face a big physical battle from the Malians, who are African champions.

And here are five things that can be done to ensure that 22 years after that first all African final, Nigeria triumphs again.

Team unity must be championed

There cannot be any division in the team goal – which is to win the U-17 title for an unprecedented fifth time. Yes, it would be good for Victor Osimhen to break the record for goals scored in a single tournament, but it must not be at the detriment of the team’s goals.

Go full throttle from the beginning

There was some holding back from the players in the semi-final, as players were wary of tackling hard and collecting bookings that could rule them out of the final. And Mexico pounced on that indecisiveness to press and score their first goal. Their second goal in the second half was also caused by this half-hearted attitude as the blue sea parted.

But that is gone now – there won’t be another final so they can afford to ‘break legs’ if that is the way to win the trophy.

Ping balls behind the centre backs

One of the reasons the Malian team has conceded just two goals is that the centre backs and the defensive midfielders play very close to each other. To negate that strength – the Nigerian team can ensure that they use cross-field passes aimed behind the centre backs from deep with the two wide forwards told to run in behind at every opportunity.

The Fullbacks need to be patient in the tackle

John Lazarus and Udochukwu Anumudu were tested throughout the match against Mexico as they were targeted. One of the challenges they face is making decisions – but that must be expected at their age. Playing full back is one of the most demanding positions in modern football as they ultimately perform dual roles – defending and attacking. Against Mali, they must be patient when defending and cautious when attacking. They also cannot afford to dive into tackles.

Bring in Bamgbose but keep Okonkwo

Orji Okonkwo was the replacement for Funsho Bamgboye and he scored a scorcher, a situation that will pose questions for Coach Amuneke, with Bamgboye now available. Whether the coach will now drop Samuel Chukwueze, whom I believe has the speed to come on in the second half and cause more damage than starting, remains to be seen.

Emmanuel Amuneke has shown that his tactics are not easily decipherable but one tack that opposing managers would definitely tell their players is to deny Osimhen time and space.

After the semi-final win, Amuneke labeled the Malian team a ‘challenge’. “Mali is a good team, Africa’s champion. This is going to be an interesting challenge.”

But however interesting he finds the challenge, Nigerians will be hoping thathe finds the solution and brings home the trophy.

​​U17 World Cup: Buhari spurs Eaglets on ​ahead final​​

Abramovich, Mourinho and Chelsea fans have 5 life lessons to learn