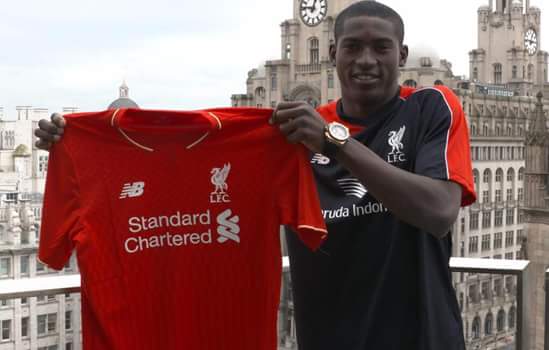 But club immediately sent the striker out on a season-long loan to Frankfurt.

​I​n an official confirmation, Liverpool wrote on its website: “Liverpool Football Club have confirmed the signing of Taiwo Awoniyi”.

Awoniyi has previously represented Imperial Soccer Academy in Nigeria and reports say the sign on fee is in the region of £400,000.

Porto and Monaco were said to have been chasing the youngster, but Liverpool outflanked both teams.

The new Liverpool man does not qualify for a work permit yet hence his loan move to Germany.

However, Liverpool would still have sent him out on loan to aid his development.

Awoniyi has played for the U17, U21 and U23 Nigerian youth teams before completing his dream move abroad​.​