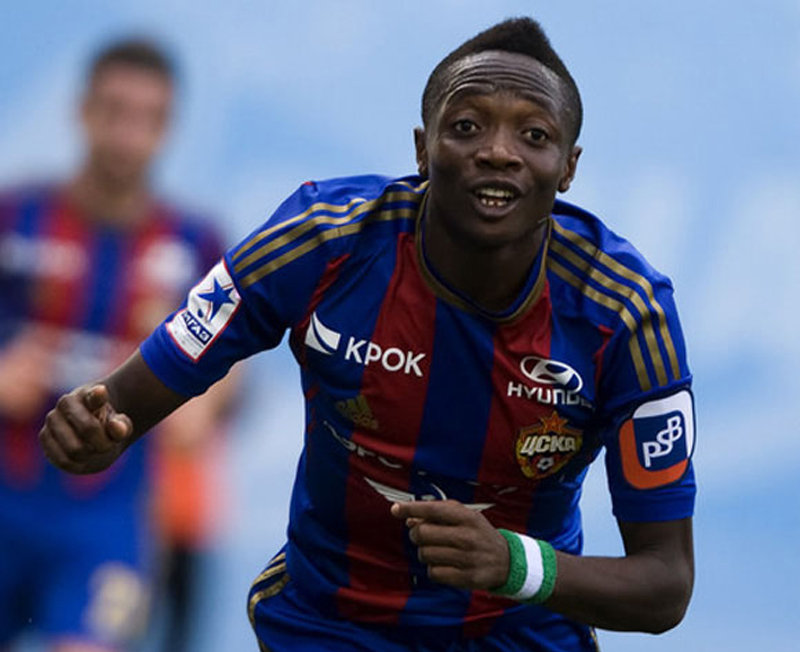 Super Eagles forward, Ahmed Musa, gave a sterling display on Wednesday night as he scored a goal and also provided an assist to help his team CSKA Moscow to a crucial 3-1 win over Sporting Lisbon in their second leg Champions League Play off tie.

Though CSKA had lost the first leg tie 2-1 in Portugal, Wednesday’s result was good enough for them to move to the group phase as they had the upper hand with a 4-3 aggregate score line.

Qualification for Musa and his CSKA teammates was by no means easy as they had to rely on three second half goals to pull through.

It was the visitors that drew the first blood when Teo Gutierrez neatly found the bottom corner of the net from a narrow angle to give Sporting Lisbon the lead.

However, CSKA hit back straight after the break as Doumbia flicked the ball in from close range after Alan Dzagoev’s free kick deflected into his path, and he added his second from close range by tapping in Ahmed Musa’s cross.

Five minutes to the end of the game, Musa smashed the ball in from close range to effectively seal victory for his Russian club.

However in Germany, it was a sad story for Super Eagles defensive midfielder, Ogenyi Onazi, as his team Lazio were thrashed 3-0.

Having only secured a 1-0 win in the first leg, Lazio crashed out with a 3-1 aggregate score line.

Manchester United churned out the best result of the night as they drowned FC Brugge 4-0 in thier backyard.

Wayne Rooney scored a hat trick in the game.