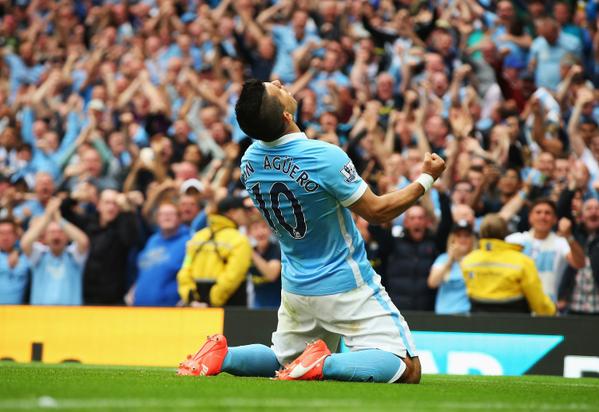 Manchester City set down a marker for the 2015/16 season with a 3-0 whitewash of defending champions, Chelsea, at the Etihad Stadium, leaving Chelsea with a nasty headache in a week that has been full of medical issues for the team.

And it could have been worse if not for the heroics of Asmir Begovic, who replaced Thibaut Courtois, and had six saves to make in the first three-goal bashing against Jose Mourinho’s team in a long time.

From the first minute, City were the team with the momentum and they should have scored with just 30 seconds on the clock when a David Silva pass freed Sergio Aguero but Begovic made a good save and it was to be one of many by Chelsea’s second choice goalkeeper.

Aguero finally broke through on 31 minutes after he exchanged passes with Silva on the edge of the box, before twisting and placing his shot beyond the grasp of Begovic to give his side a deserved lead.

Eliaquim Mangala should have doubled the lead in the 44th minute but his header was wide off target from Alexander Kolarov but in the process Gary Cahill got his nose bloodied. There was a roar as Chelsea’s medical team made their way unto the pitch to treat the stricken defender.

A minute afterwards, Diego Costa, who had fed on scraps all day was knocked to the ground by a Fernandinho elbow, for which the City midfielder was shown a yellow card – but it could have been red. Chelsea finished the half with Costa angered with a bandage around his head. And he had to be held back as the teams went off the pitch.

The second half saw the emergence of Kurt Zouma in place of John Terry. Chelsea thought they had the equalizer in the 50th minute as Ramires jabbed the ball beyond the reach of Joe Hart, but the call was marginal and it could have gone either way.

They should have equalized on the breakway on 70 minutes but Eden Hazard, who was largely quiet as he was in the first half should have scored after he was teed up by Costa but his shot was blocked.

City scored their second goal 10 minutes from time as Vincent Kompany muscled off Branislav Ivanovic to get his head on the ball and it went in off the post.

The blue torch was finally lit in the Etihad when Fernandinho smashed a shot past Begovic. Mourinho looked grim at the end but there will be no immediate medicine to assuage the hurt.

Buhari in support of APC’s attack on Abdusalami Abubakar, others – PDP