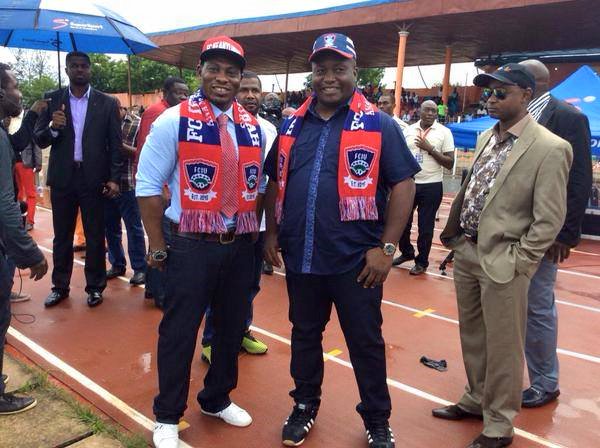 Amokachi was unveiled Saturday, alongside former Super Eagles goalkeepers’ trainer, Ike Shorunmu, who will be working in the same capacity at the Nnewi—based club.

The big spenders opted to have Amokachi as  their head coach while the team’s former head coach, John Obuh, is now the club’s director of football.

Amokachi, 41, was before now linked with the Kano Pillars job but the Pyramid Boys have since named Coach Baba Ganaru as their new handler.

Since the abrupt sacking of Bulgarian coach, Mitko Dobrev, FC Ifeanyi Ubah, owned by Oil magnate and CEO of Capital Oil, have been struggling in the top division.

Many are keen to see if Amokachi, who has handled U-23 national team, home-based Eagles, Enyimba  and Nasarawa United, will bring about the desired turnaround for the Nnewi club.

FC Ifeanyi Ubah are currently 13th on the log on the Nigeria Premier League table.