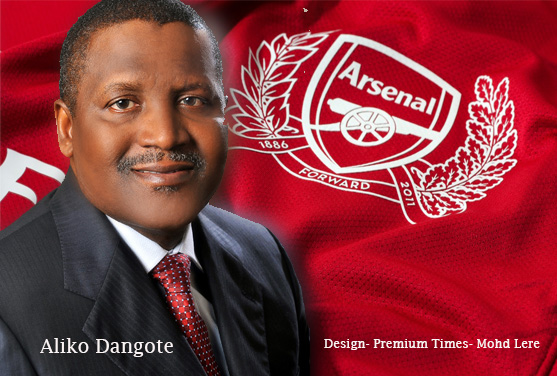 Arsenal FC will be mine soon –Dangote

He made this known in an interview with BBC Hausa service on Tuesday.

He said he will have enough time and resources to buy the club after he finishes building his refinery in Nigeria.

Mr. Dangote first hinted that he would be buying the club last month.

Mr. Dangote is one of the few persons that secured the license to build new private refineries by the Nigerian government.

“After we finish building the refinery, I will have ample time and resources to pay what they are asking for,” he told BBC Hausa.

Mr. Dangote, 58, is Africa’s richest man and is currently the 67th richest man in the world.

He said he became an Arsenal supporter in 1980.