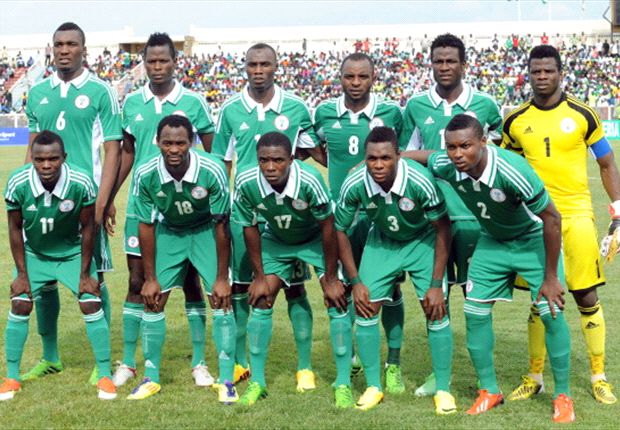 The 2016 European Championship qualifiers continued over last weekend and also the first group matches for the 2017 Africa Cup of Nations Cup also began in earnest with the Super Eagles filing out under the tutelage of returnee manager, Stephen Keshi.

The Nigerian Super Eagles were comfortable winners over the Chadians but here were some surprising results from around the world that you may have missed.

Gareth Bale took all the accolades in this one as his goal in the first half settled the game at Cardiff even though the Welsh had just 35 per cent of the possession. Bale pounced on a defensive error by Radja Naingollan to finish low past Thibaut Courtois and take his team to within touching distance of qualifying for a major football tournament since 1959. Belgium are ranked No.2 by FIFA and had not lost any match since the 2014 World Cup.

Iceland went to the top of UEFA EURO 2016 qualifying Group A with a comeback 2-1 victory over the better rated Czech Republic. It had seemed that status quo would be retained when Borek Dockal put the visitors ahead 10 minutes into the second half but Aron Gunnarsson equalized five minutes afterwards and Kolbeinn Sigthorsson scored the winner on 76 minutes to make it five wins from six. Iceland has 15 points in a group that also contains the Netherlands and Turkey.

Guinea are ranked 45th in the world but they were shocked by Swaziland, ranked 162, 2-1 in Conakry on Friday. And it was the minnows that took the lead in the 13th minute as Tony Tsabedze found its way to goal. They held on to this lead until the 68th minute when Francois Kamano equalized with a bicycle kick. But Tsabedze got the winner with five minutes left on the clock as he capitalised on a poor clearance from Boubacar Fofana.

The absolute shocker of the weekend was France losing 1-0 away to European minnows, Albania, in a friendly just after France were beaten 4-3 by Belgium. The 1998 World Cup winners and hosts of the 2016 Euro Championship are ranked ninth in the world while Albania is ranked in 51st place. But it was a well-deserved victory for the homers as Ergys Kace’s superb free kick was worthy of winning the match that was played at the Stadiumi Ruzhdi Bizhuta in Elbasan. The goal, scored in the 43rd minute left Hugo Lloris grasping for thin air. France have now lost three out of their last four matches with concern growing for Didier Deschamp with just 12 months to hosting the Euros.

Fabio Capello is definitely living on borrowed time as Russia, hosts of the 2018 World Cup, lost at home to Austria on Saturday. Marc Janko earned Austria the hard-fought win with an athletic attempt in the 33rd minute to keep the 20th-ranked Austria top of Group G with 16 points from six matches. Meanwhile Russia are third with eight points and now must beat Sweden on Match Day 7 or it will be curtains for the players and their manager, if he is not relieved of his job before September.

Congo are ranked 47 in the world while Kenya, ranked a lowly 123, scored first in the encounter in the 10th minute by Paul Were but Congo’s captain, Prince Oniangue equalized for the hosts in the 34th minute with a penalty. Though the Congo Brazzaville created the clearer cut chances, with lanky Ferebory Dore missed with a free header as early as the sixth minute that could have changed the complexion of the match. Kenyan coach Bobby Williamson used a 4-3-3 formation with the onus on using a counter attacking style and will be pleased with the one point gained from a very difficult ground.

The Indomitable Lions had to wait until additional time before they could breach the Mauritanians’ defence. Cameroon are ranked 49th in the world while Mauritania are in the 149th position. And it was Porto’s Vincent Aboubakar who saved Cameroon’s bacon two minutes into added time at the end of the encounter. This could ultimately prove to be a group of shocks as South Africa were held to a 0-0 score line by Gambia in Durban.

In the nine groups in the Euro qualifiers, the group leaders currently read like this – Iceland in Group A, Wales in Group B, Slovakia IN Group C, Poland in Group D, England in Group E, Romania in Group F, Austria in Group G, Croatia in Group H and Portugal in Group I – a story that says that none of the current leaders has ever won the tournament.