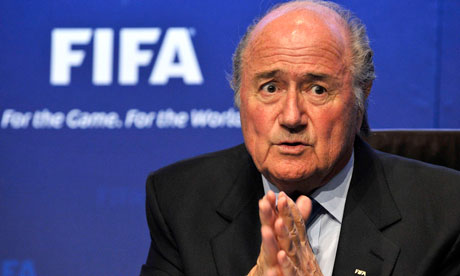 Sepp Blatter is to resign as president of the world football governing body, FIFA.

Mr. Blatter is stepping down four days after winning a record five-year term. Mr Blatter became FIFA president in 1998. He had served as a senior official since 1975.

FIFA under his watch has been accused of extensive corruption.

Senior officials of the body were arrested by Swiss authorities last Wednesday, accused of corruption by United States investigators.

Mr. Blatter called for extraordinary congress to elect a successor.

He said he has done his best to change peoples’ attitude. He did not mention the corruption case brought by the United States authorities.

“I have thoroughly thought about my presidency and the 40 years FIFA has played in my life, I love FIFA more than anything else and I only want to do the best,” he said.