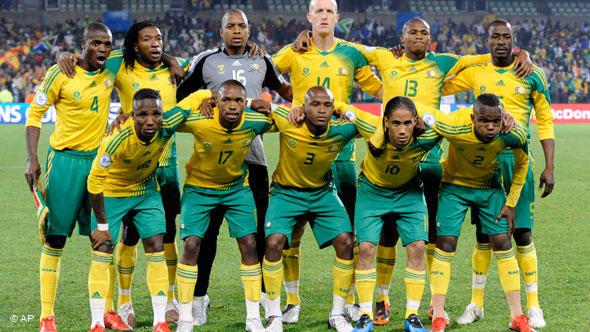 South Africa’s national team will play two international friendly matches against neighbouring countries in a bid to sensitise the public on the evils of xenophobia, the South African Football Association, SAFA, announced on Sunday.

Xenophobic attacks by South Africans against foreigners, particularly those of African descent has badly dented the image of the country in recent days.

“We want to use the two high-profile international friendly matches as an instrument to unite this continent,” said SAFA CEO Dennis Mumble.

“What has been happening in the past few days have really left most people in a shock and dismayed.”

He said Nelson Mandela spoke of the power of sport in uniting people from different walks of life “and we want to use the power of football to unite this continent and kick out this scourge within certain malcontents in our society.”

The details of the two international friendly matches will be announced by SAFA shortly.

South Africa has in recent days witnessed a spate of some of the most violent xenophobic attacks with at least seven people killed in Durban and Johannesburg.

“We are one continent, one Africa, we are all Africans and we say no to xenophobia,” Mumble added.