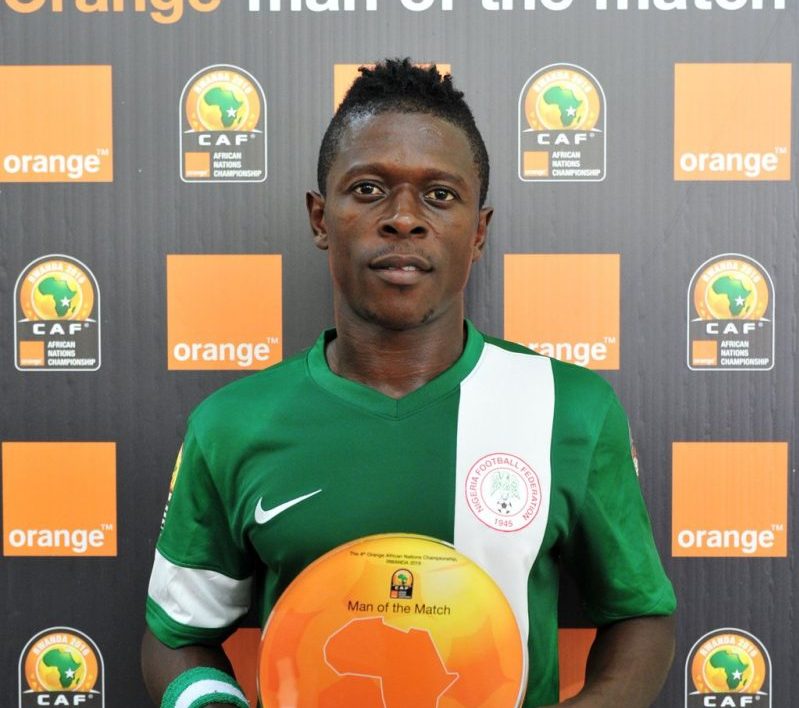 INTERVIEW: Why I returned home despite bigger money in Zambian League — Nigerian player

While it is a usual tradition for Nigerian players to crave for careers outside the country, many would not imagine themselve coveting to go play in a country like Zambia.

But one player who found himself playing in the Zambian League has given credence to CAF’s ranking system, which rates the Southern African country’s League above the Nigeria Professional Football League.

In this interview with PREMIUM TIMES, Osas Okoro speaks on his unplanned move to Zambia, his experiences and why he returned to his club in Nigeria, Enugu Rangers.

PT: How does it feel to be home after a short stint in Zambia?

Okoro: You know I’m actually a Rangers player. It’s been a while (since) I returned to join the Rangers. I don’t know if you’re aware of that? I came in last year to sign for Rangers in January but coronavirus has really slowed down everything.

PT: Why did you return home to join Rangers? Is it for the love of the club or simply because you missed home?

Okoro: No, my contract ran out at Buildcon FC and I just didn’t want to stay there anymore, so I came back home. I went there just to try something new and move outside the country.

Before the contract ran out, I had several contacts from different agents assuring me of different deals. At a time, Buildcon wanted to renew my contract but I turned down the contract extension. I decided to come back to Nigeria, expecting those agents to give me a call but nothing came through.

Rather than just sit down and wait, I decided to join Rangers International. You will agree with me that your finances will keep running out once nothing is coming in, hence my decision to do something. I love Rangers International, they’re one of the best clubs around.

PT: Football seems to run in the blood as far as your lineage is concerned. Can you let us into how it feels to be ranked among football families in Nigeria?

Okoro: Actually, I’m from a polygamous family and my eldest brother was the captain of Okomu Oil then, so I can confidently say that football runs in the family and we got our inspiration for our brother.

PT: Tell our reader’s the reason behind the choice of Zambia when every players’ dream is to play in Europe. Who really brokered the deal?

Okoro: Actually, Zambia wasn’t in my plans at all, even though I was a free player after we returned from CHAN. I just wanted to try my luck elsewhere, having played in Nigerian league for years. The European windows were closed then while the African window was still open; Tanzania, Zambia and South Africa league could still sign on foreign players but I had offers from Zambia. I felt I could also move elsewhere from Zambia easily. I needed to take a big step and that explains why I opted for Zambia.

PT: How were you received by the Buildcon fans when you landed in Ndola?

Okoro: It was cool though, but the club was away in Zimbabwe on a pre-season trip when I arrived. The fans were not aware of my arrival in Ndola but I guess their attention was on Buildcon pre-season trip to Zimbabwe. But when the team arrived, the fans were happy to see me and I was well received by the fans and, I must confess, it was a great experience.

PT: From the human angle, how would you describe your stay in Zambia regarding the food. Were you able to settle down to life in Zambia early?

Okoro: I was lodged in a hotel while the team was away. On my first day, I went down to eat and rice was offered. It was the same on the second day. But when I came down on the third day, I saw someone eating semovita and vegetables with a light soup. I asked the chef and he told me it’s called Nshima.

I’ve been to many African countries with the national team and for continental matches with my club. It’s in me to always try new things. I gave it a try and that was it. Though I’m back in Nigeria, I still miss Nshima.

PT: Buildcon failed to make any appreciable impact in your first season at the club. Would you describe that as a huge setback?

Okoro: I think that happened in my first season and I can’t remember where we ended on the table but it was a different story entirely in the second season where we came third and got a continental ticket.

It was a nice experience though, it’s good to mix up with people from different countries and see how they think and see life in a different way.

In Buildcon, we had players from Zimbabwe, Kenya, Tanzania, Angola, South Africa, and other countries with different mentality and setting. In Nigeria, the league lacks foreigners and we never get to see things differently. Everything in the Zambia league is quite different from what we have here in Nigeria.

PT: Comparing the two leagues now, what do you think Nigeria Professional Football League can learn from their Zambian counterparts?

It was a bit better last season, compared to other seasons in Nigeria. In Zambia, there is nothing like home and away. A team can beat you anywhere and you will leave the stadium amidst cheers and clapping from the home team.

When we have a bad day at home, the fans will still understand, but that cannot happen in Nigeria. The best you can get from away matches is a draw because you have the referee to battle with. In Zambia, you’re that good if you’re good.

Zesco FC is the biggest club in Zambia and I can confidently say they only lost once in one season. That explains how good the officiating is in the Zambian league. I asked a question – why are all Nigerian clubs are at par in terms of set up? In England, we have the big four while we have other small teams but Nigerian clubs are equal. Maybe Enyimba is big but we really have to bring in foreign players to our league. I had a very good experience in Zambia. People might be saying what is special about Zambia but I must confess, it’s a different ball game.

PT: How would rate the salary scale of an average player in the Zambia league with what you earned here in Nigeria?

Okoro: It’s miles apart. It’s because of the money that I had to go there, rather than sit back in Nigeria. It’s not my intention to stay back in Zambia but since the salary is far bigger than what I was getting in Nigeria I felt it won’t be out of place to go there, even if it means playing for two seasons. Their salaries are far better, although I can’t speak for other clubs, but I know of my own club.

PT: Can you give our readers a rough picture of what a player in Zesco, Nchanga Rangers and Buildcon earn as take home in US Dollars?

Okoro: I won’t be able to give you what other clubs pay but at Buildcon, I know players are paid based on what they signed in their contract paperwork, but our players get between 5000-8000 USD in a month.

PT: Was there a time you were involved in national team banter with your teammates, looking back at 2018 qualifiers and football rivalry between Nigeria and Zambia?

Okoro: Not at all; we don’t talk about our national team at all. We just discuss as a family. Maybe that was probably because I was not in Zambia during the qualifiers.

PT: Would you say the high standards of the Zambia league provides national team coaches with a large pool of players to pick from, unlike their Nigerian counterparts who depend solely on foreign-based players?

Okoro: Yeah, although I won’t say it’s wrong to depend on foreign players but it is not enough for us to neglect the home-based players. There should be a mix of home and foreign based players. We went to CHAN (Africa Nations Championship) and got to the finals, even though we lost.

You can imagine, it was just one player who went to the World Cup while Morocco took four to five players. It’s quite unfortunate because you will be playing in the league but always have it at the back of your mind that you will never be invited to the national team. But once you know you stand a chance to get an invite, that will give you the push to give your best.

PT: Do you still nurse the dream of playing under Gernot Rohr?

Okoro: For me, I will say if given a try, I will grab it if it comes but I honestly would love to give the younger players the opportunity to showcase their talents.

PT: Is there anything you want to say about Gernot Rohr on the need to look inward and give the home-based players a chance?

Okoro: I would say he is very lucky because we have a lot of talented players out there to pick from. All he needs to do is keep doing his best and ensure the best players play for this country.