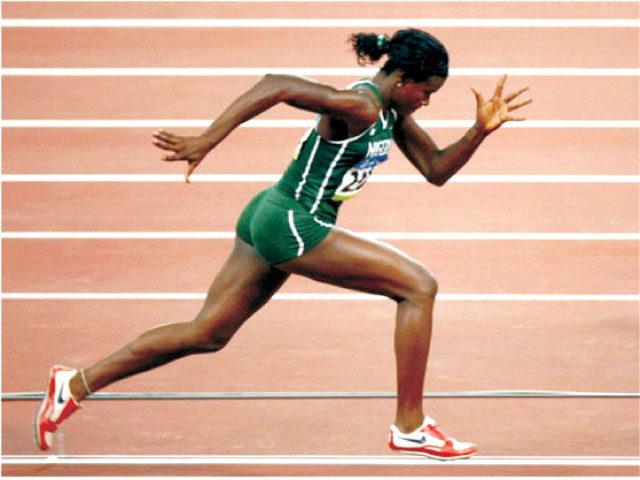 Only seven Nigerian athletes have been registered so far for the World Athletics Championship billed to take place in Istanbul,Turkey March 9-11.

The list of registered athletes has just two males and five females representing the country at the biennial championships.

Peter Emelieze who only recently ran  a personal best time of  6.50sec in Paris is the sole entry for Nigeria in the 60m event and will be keen to improve on the semi final ouster he suffered at the 2010 edition held at the United Arab Emirates.

Also African and Commonwealth Champion, Tosin Oke,  is the country’s flag bearer in  the triple jump event for men.

Surprisingly, the updated list on the competition’s website as at Sunday evening did not have big names like Damola Osayomi and Blessing Okagbare registered for the championships. Topping the list of invitees is United States-based Gloria Asunmu who will be competing for honours in the 60m event.

African Champion, Seun Adigun, who has a finals target for herself will take part in the 60m Hurdles event, while the duo of Abinuwa Endurance and Ajoke Odumosu will be competing in the 400m and 400m hurdles respectively.

Doreen Amata completes the list of athletes as she will be taking part in the Hig h Jump event.

The World Indoor Championships in Athletics, which  is in its 14th year, will take place at the Ataköy Athletics Arena in Istanbul, Turkey.

A record 172 countries and 683 athletes will be competing at this year’s event with the United States’ entry of 51 athletes being the highest amongst the participating countries.

This is  the first of four IAAF World Athletics Series events in 2012, which includes the World Race Walking Cup, the World Junior Championships and the World Half Marathon Championships.