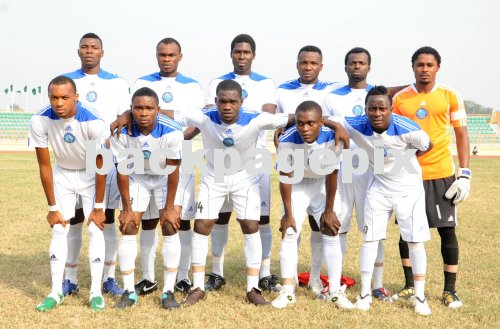 Acting Executive Secretary of the NPL, Tunji Babalola, in a press statement explained that the match could not be televised as a result of a heavy downpour prior to the kick-off time.

“Our attention has been drawn to reports in a section of the sporting media alleging that the management of Ocean Boys refused Supersport Television crew the live coverage of the match involving the club and Kano Pillars at the Samson Siasia Stadium in Yenagoa on Sunday.

“Investigation conducted by the NPL Secretariat, however, revealed that Supersport crew who had earlier stationed their equipment for live coverage of the match could not do so as a result of heavy downpour prior to the commencement of the match. The match Commissioner’s report further confirmed our findings.

“The NPL, therefore, wishes to clarify that the match was not broadcast live because the Supersport crew were stopped from doing so contrary to reports by a section of the sporting media” Babalola stated.

The NPL, however, enjoins all Premier League Clubs to always give Supersport Crew maximum cooperation to ensure effective live coverage of League matches.

“The NPL was paying the TV Broadcast Marketing Rights to deserving clubs until the recent court pronouncement that threw the league board into financial difficulty. As soon as the situation normalizes, we shall take care of all outstanding debts” Babalola assured.