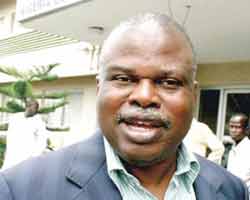 The Athletics Federation of Nigeria(AFN,) through its President, Chief Solomon Ogba, has disclosed that it would  camp athletes  representing Nigeria at the fast approaching London Olympic Games in two American cities.

Atlanta Georgia and California are the two American cities that will serve as camps for Nigeria athletes the AFN boss declared.

Ogba however stated that the camping exercise will not come earlier than July 5, adding that the various athletes are already preparing for the Games in their various bases.

“Athletics is not like football that you would require players to be together in one camp to prepare” Ogba noted.

“We will definitely have a general camping exercise for the athletes but it will not come not earlier than July 5th.”

“For the sprints and Jumps it will be in California while the quartermilers and 4×4 will be in Atlanta Georgia,” he explained.

Meanwhile former African Champion, Innocent Egbunike, who was last week unveiled in Lagos as the chief coach of Nigeria’s athletics team to the Olympics Game,s has stated that he could not perform magic with barely I90 days to the Olympics.

He was however quick to add that the country has the talents that could still take the world by storm.