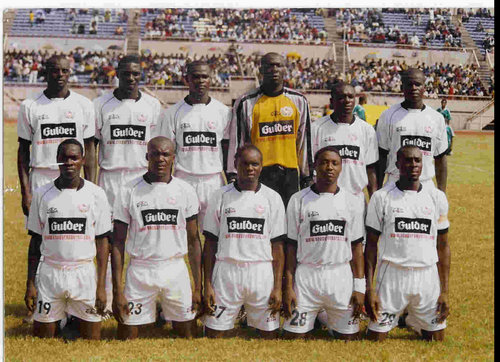 Enugu Rangers on Sunday moved to the top spot in the Nigeria Premier League after defeating their host, ABS FC, by a lone goal at the Ilorin Township Stadium.

The victory recorded by Rangers is the third away win so far in 11 weeks of action in the NPL.

The Flying Antelopes thus join the likes of Gombe United and Kwara United who have also recorded wins away from home.

In other games played on Sunday in the League, Shooting Stars got a precious point away from home as they held their host, Lobi Stars to a 1-1 draw at the Kastina Alu Stadium in Benue.

Also in Ijebu Ode, Sunshine Stars and Enyimba International settled for a goalless draw and it was the same result in the game between Jigawa Golden Stars and Gombe United. However, Heartland pipped Kwara United 1-0 in Nnewi.

Photo News: Suspects and the bomb they tried to detonate at Bauchi COCIN church