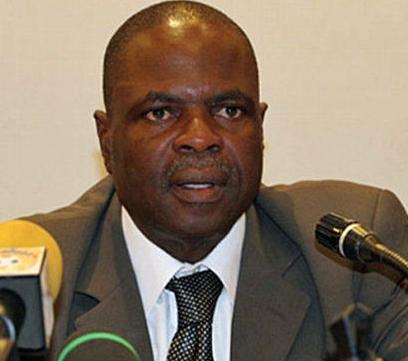 Hopes of former FIFA official Amos Adamu escaping the three-year ban from football imposed on him for seeking bribes during bidding for the 2018 and 2022 World Cups has been dashed as the highly influential Nigerian sports figure lost his appeal against world football governing body, FIFA.

The Court of Arbitration for Sport (CARS) on Friday upheld a judgment by FIFA’s ethics committee to expel Adamu from football until October 2013.

According to the panel, Adamu is even lucky to have been handed just a 3-year ban as they reckoned that his offense deserves a bigger punishment.

The CAS Panel stressed that it was of crucial importance that top football officials should not only be honest but should evidently and undoubtedly be seen to be honest.

British undercover reporters from The Sunday Times newspaper who posed as business men had secretly filmed Adamu while  asking for $800,000 ((euro) 600,000) to influence his World Cup vote.

He said the money would pay for artificial fields in his native Nigeria.

In the ruling delivered by CAS, it  said it rejected Adamu’s argument that the evidence was inadmissible because it might have been illegally obtained.

Instead, the panel stated that “there has been no ordinary judge declaring that the evidence was unlawfully obtained and prohibiting its use and that it was even not sure that the Sunday Times journalists acted illegally.”

Adamu was stripped of his votes and lost his seat representing Africa on the FIFA executive committee.

Adamu’s case was the first time a CAS panel has scrutinized FIFA’s code of ethics and the former Director General of the National Sports commission who was touted to a replace Issa Hayatou as CAF president may have finally lost his clout in the politics of football in Africa.