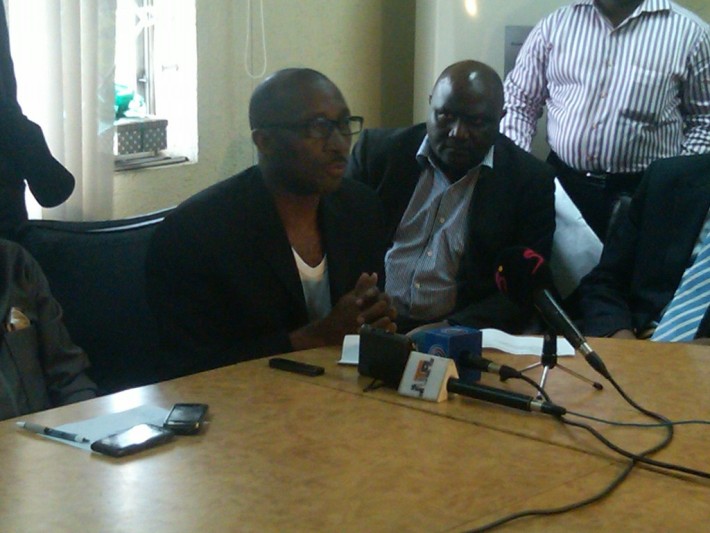 The uncertainties around the hiring of former African Champion, Innocent Egbunike, as Chief Athletics coach for Nigeria ahead of the London Olympics was Wednesday put to rest as the astute track and field coach was finally unveiled to the media in Lagos.

The unveiling ceremony, which was coming barely 200 days to the London Olympics, was conducted by the Minister for Youth Affairs and supervising minister for sports, Bola Abudulahi.

In a short ceremony at the Nigeria Olympic Committee office inside the National Stadium, Lagos , Mr Egbunike thanked everybody that made his appointment a reality and promised to do his best to lift athletics in the country.

The Olympic silver medalist was however quick to state that he will not be giving the country any promises as the London Olympics beckons pointing out that he is not a miracle worker.

“With God nothing is impossible, what I can assure everybody is that I will get down to the trenches and start to work.

“I cannot promise anything for tomorrow because I don’t even know if I will leave till tomorrow. I know with the cooperation of everybody we will definitely see results but I am not a miracle worker.”

On why the NSC delayed in formalising the appointment of Mr Egbunike, the sports minister said it was better later than never.

“The best time to plant a oak tree is 50 years ago, the second best time is now,” the minister said.

The minister added that even though there was no set target for the London Olympics,  improving on the country’s performance at the Beijing Olympics performance remains the focus.