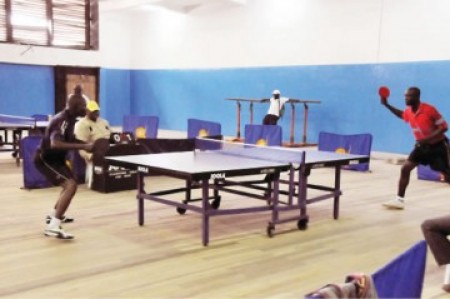 The country’s prowess in table tennis has earned it the hosting rights for three international tournaments in 2013, a top official of the Nigeria Table Tennis Federation (NTTF) has said.

Mr. Omotosho told the News Agency of Nigeria (NAN) that the Africa Table Tennis Federation had communicated the decision to the NTTF.

“Normally, such things are bid for, so it was a surprise when I was informed by ATTF of the hosting rights for the U-17 and U-20.

“And the club championships, the men and women singles for 2013 has also been awarded to the country and I believe it is because Nigeria is a force to reckon with,” he said.

He explained that the recognition was also made possible by the country’s participation in statutory tournaments on the continent.

Mr. Omotosho commended the organisers and sponsors of the 1st Femi George and Friends International Classics for creating a platform to expose talents.

“I must commend the organisers and sponsors of this event which has made it possible for NTTF to showcase talents to prominent country club members.

“This will stir in the hearts of individuals who are willing to sponsor the sport to do so; without doubt, it is a good sponsorship strategy that NTTF embraced,” he said.

Mr. Omotosho said the tournament was also a training platform for players who would be participating in the world championships in Germany later in March.

Olufemi George, the sponsor of the event, said that it was his way of giving back to a sport that aided him to be what he is.

“Table tennis made it possible for me to gain admission into the university and this tournament is just a way of saying thank you to the society,” Mr. George told NAN.

He said that the event was holding at the table tennis section of the Lagos Country Club so that players would get exposed to standard facilities found in developed countries.

“The club was chosen as the venue so that players can experience what it is to play with standard facilities.

“In the club, the flooring, playing boards and proper lightening make the difference between playing here and in the Knock-Up Hall, National Stadium, Lagos,” he said.

NAN reports that 42 male players and 24 female players from table tennis clubs and states are participating in the tournament.

Ranti Lajide, an international table tennis umpire, said that by Wednesday 16 players would emerge from both the male and female categories to begin the classics proper.

“After two days, players will be dropped due to defeat and by Wednesday we will be left with 16 players who will be grouped for the classics proper,” Mr. Lajide said.