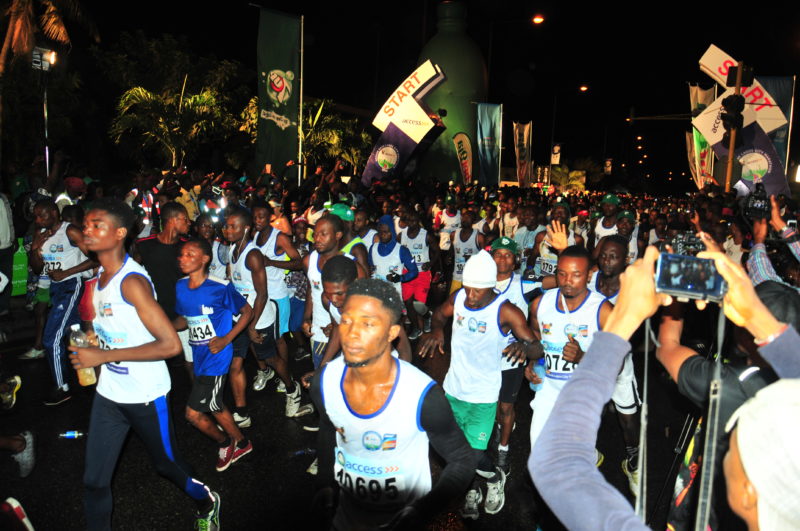 Ahead of next month’s Lagos City Marathon, former Nigerian road runner, Yohanna Waziri, has challenged governors of the Northern States to come up with similar top-notch races in their regions.

Waziri, while commending the governor of Lagos State, Babajide Sanwo-Olu, for his instant impact on the Access Bank Lagos City Marathon said he would be glad to see this kind of development in his region.

In a statement signed by Olukayode Thomas, Head Communications and Media for the Lagos Marathon, Waziri who competed in the men’s marathon at the 1988 Summer Olympics said it is not good enough that while Northern athletes rule long-distance races in Nigeria, virtually none of their states boast of any world-class marathon as obtained in Lagos.

“Yes, I will like to appeal to our governors in the North to learn from what Sanwo-Olu has continued in Lagos, we need quality races in the North, our region already boasts of top athletes and I know many more will be unearthed if we take this serious like Lagos is doing” Waziri stated.

In a related development, Waziri. whose personal best is 2hours and 15 minutes, achieved over two decades ago, is confident that the Lagos marathon will soon achieve Gold and Platinum label under the present administration.

“I must say that I am very delighted with the way the Access Bank Lagos City Marathon is getting bigger and bigger every year, from no label at all, it is now a Silver Label, I congratulate everyone that has worked hard to bring this to reality especially the Governor Sanwo-Olu and my amiable brother Yussuf Alli,” he said.

Waziri noted that the gains accrued from the Access Bank Lagos City Marathon are enormous as Nigeria is beginning to claw her way back to relevance as far as long-distance races are concerned.

“Since it (Access Bank Lagos City Marathon) started, it has been a blessing, the culture of long-distance races is back and more races are springing up from across the states.

“The athletes are also improving each year and they are getting good money for their hard work so it has really been a commendable innovation.”

The 2020 edition of the Access Bank Lagos City Marathon is billed for February 8, with a long list of Gold and Silver Labelled athletes already confirmed for the race.

Since its inception, the Lagos Marathon has made a special concession to Nigerian athletes; carving out a separate reward system outside the general prize monies.

With cars and prize monies being won each year by the runners, governors have been advised that crime and other vices can be reduced a great deal with the introduction of sporting events like the Lagos Marathon.