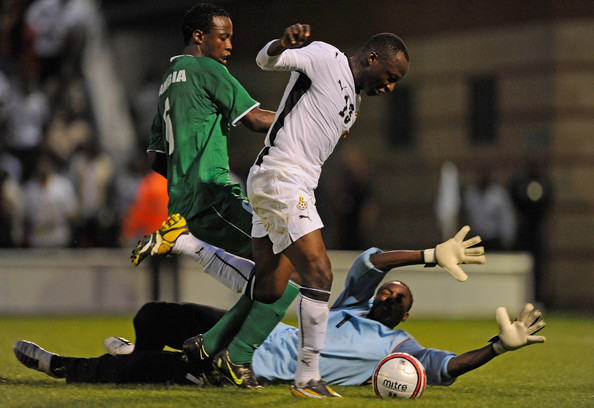 The fairy tale run of Zambia’s Chipolopolo continued Wednesday evening as they edged out pre-tournament favorite, Ghana courtesy of a well deserved 1-0 victory in the first semi-final match of the ongoing Africa Cup of Nations tournament.

Emmanuel Mayuka’s 78th minute strike  was more than enough to see the Herve Renard tutored side make a return to play in the finals once again after last achieving the feat at Tunisia ’94.

The Zambians now have their eyes on the coveted African Crown as their conquerors at the 1994 edition, Nigeria, did not even make it to the tournament

Lagos based sports analyst, Jude Otibu, described the Zambians as a highly tactical team and deserves to be in the final. For him it will be dangerous for anyone to even bet against them winning the trophy.

End of a dream

Unfortunately the Black Stars, who were hoping to end their 30-year tortuous wait for an African Crown have themselves to blame having squandered  numerous chances that came their way.

Star striker, Asamoah Gyan even failed to covert a penalty kick awarded in the 8th minute of the keenly contested match.

While it would be wild jubilation in Lusaka and it environs as Zambia will be playing for Gold on Sunday, Ghana will have to contend with  playing in the losers final on Saturday to at least get a bronze medal on their neck when they return to Accra.