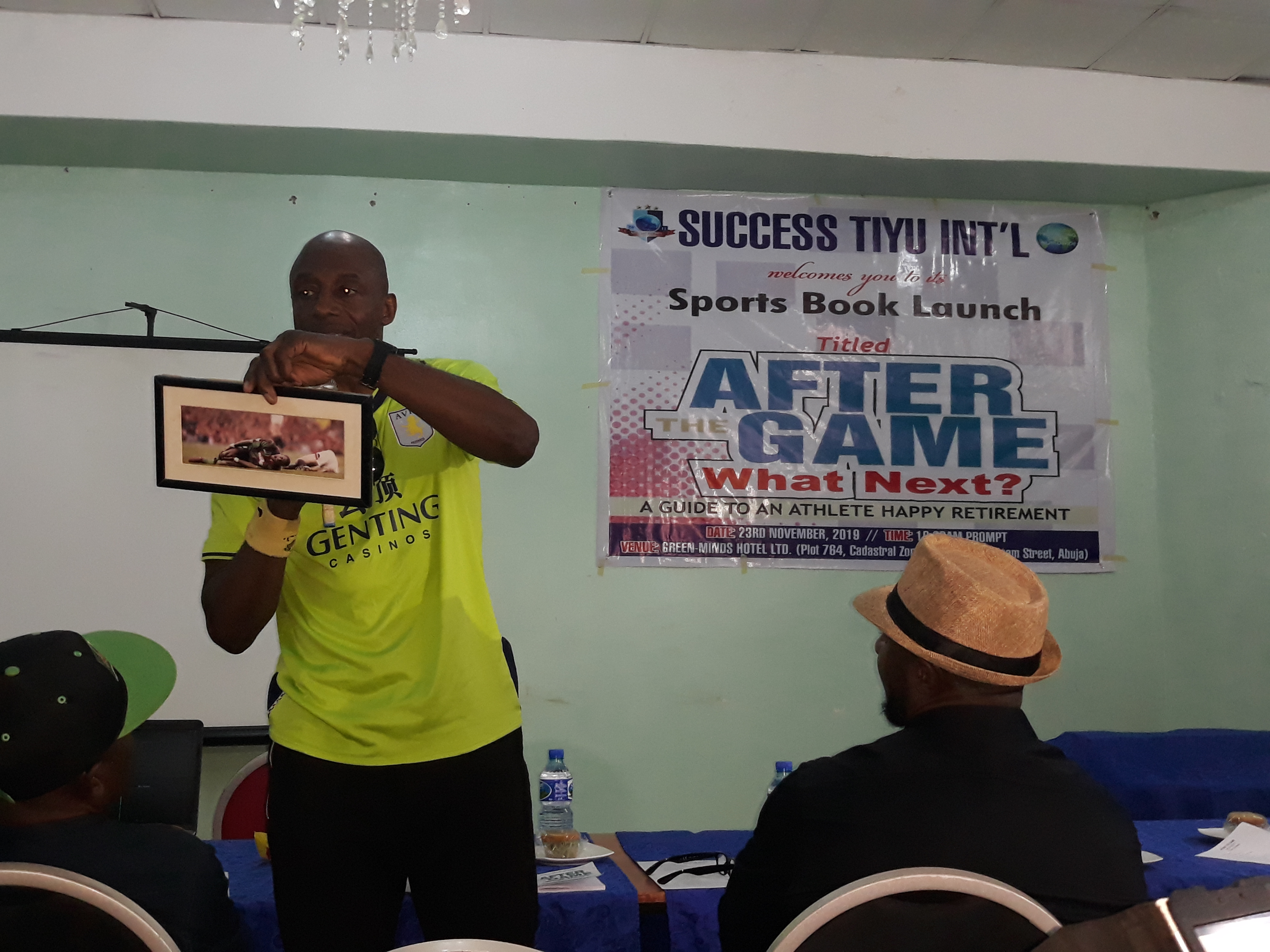 Recalling a horrific injury that halted his career as a football player in the English Premier League, John Fashanu, ex-England international, has said not too many Nigerian players end well after they retire from the game.

Mr Fashanu spoke at a book launch, titled “After the game, what next?” written by former Dream Team III (under-23) player, Abubakar Musa, in Abuja Saturday.

He narrated how a wrong footing into a tackle against former Manchester United midfielder, Ryan Giggs, ended his football career. Then he plied his trade with Aston Villa.

The tackle led him to the reality of retirement which many are not able to cope with due to lack of planning, he said.

“That was the last time I played football, Aston Villa against Manchester United. Then, there suddenly is a void in your life because you are not sure of what to come,” he said of his experience.

“Some go the right way. Some go into drugs. Often, the stories we would hear about how some of our well known Nigerian players are not too good because, always, transition from football to something else is not there.”

As an antidote, he recommended the lines of thought in the newly launched book.

The book details how athletes are can be psychologically ready for retirement while highlighting some of the factors that hamper a proper retirement plan.

While reviewing the book, its author, Sani Abubakar, said the book is centered around all sports and its idea was birthed from an impromptu talk he was given at an event.

After the event, he then decided to do some research and combine his experience as a former football international.

The book cited education, demand from families, wrong associations and emotional trauma as some of the factors that affect a proper retirement plan.

“There is depression after retirement if you fail to plan. We have had instances where players put pen to paper without reading the terms and conditions of the deal because they are not educated,” Mr Abubakar, a graduate of Public Administration, said.

Coaches of local sports academies were also charged to incorporate soft skill training into their curriculum, for which young talents can fall back to when they retire.

He, therefore, advised intending and current athletes to seek the expertise of a financial adviser who would help them put their resources together in the course of their careers.