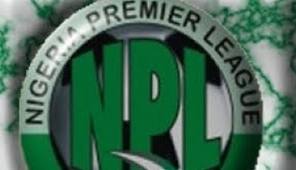 The Nigeria Premier League 2011/12 season will commence on Saturday, January, 7 as scheduled, the NPL board has confirmed.

The confirmation came after an emergency meeting held by the leadership of the league body in Abuja on Thursday.

There were fears that the board of the NPL would be forced to postpone the kick-off date of the league season owing to growing concerns over the spate of protests that has greeted the fuel subsidy removal  across the country.

According to the fixtures earlier released by the NPL secretariat, Dolphins FC of Port Harcourt and Sunshine Stars of Akure were meant to set the ball rolling earlier on Saturday while other teams take their turns on sunday.

However the new fixtures made available to Premium Times shows that all Week 1 matches will now take place on Saturday.

The League body said it would study the situation properly to see how the other weeks matches would be played.

Aside the curtain raiser invloving defending champion Doplhins and runners up Sunshine,  there will also be other mouth watering fixtures  across the country.

In one of the high profile matches, six-time champion Enyimba take on ABS (former Bukola Babes) in Aba.

Also Shootings Stars of Ibadan begin their season as they welcome Sharks of Port Harcourt to the Obafemi Awolowo stadium.

Festus Allen, new coach of  3SC has been mandated by his employers to bring back the good times for the Oluyole Warriors and the former Bukola Babes coach believes he is up to the task.

Shooting stars survived relegation by the whiskers in the last two campaigns in the League but Allen believes his wards have what it takes not just to remain in the elite division but to also perform exceedingly well.

In other games, Okey Emordi will begin his reign as  Enugu Rangers coach when the Flying Antelopes play host to Warri Wolves at the Nnamdi Azikwe Stadium, Enugu.

In Ilorin, it would  be Kwara United against Ocean Boys while Wikki Tourist take on Heartland.

Twenty teams are contesting for honours in the 2011/12 season out of which the bottom four would be relegated to the lower division at the end of the season.

Faces of subsidy protests across the country