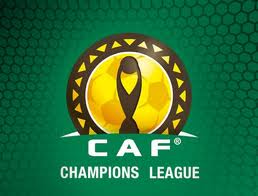 The Confederation of African Football (CAF) has announced the three top nominees for the African Player of the Year 2011.

CAF in a statement on Wednesday named the nominees as Andre Ayew (Olympique Marseille and Ghana); Seydou Keita (Barcelona and Mali); and Yaya Toure (Manchester City and Cote d’Ivoire).

The list was subsequently reduced to five by Nov. 20 before the final three for the ceremony scheduled to hold in Accra on Thursday.

The initial list was drawn up by the technical, media and football committees of CAF.

The winner will be picked from the three nominees by the coaches and technical directors of affiliated national associations of CAF.

The winner of the prestigious African Footballer of the year will be announced at the Awards Gala at the Banquet Hall, State House in Accra, Ghana.

Nigerian male footballers have since 2004 not been nominated for the CAF African player awards.