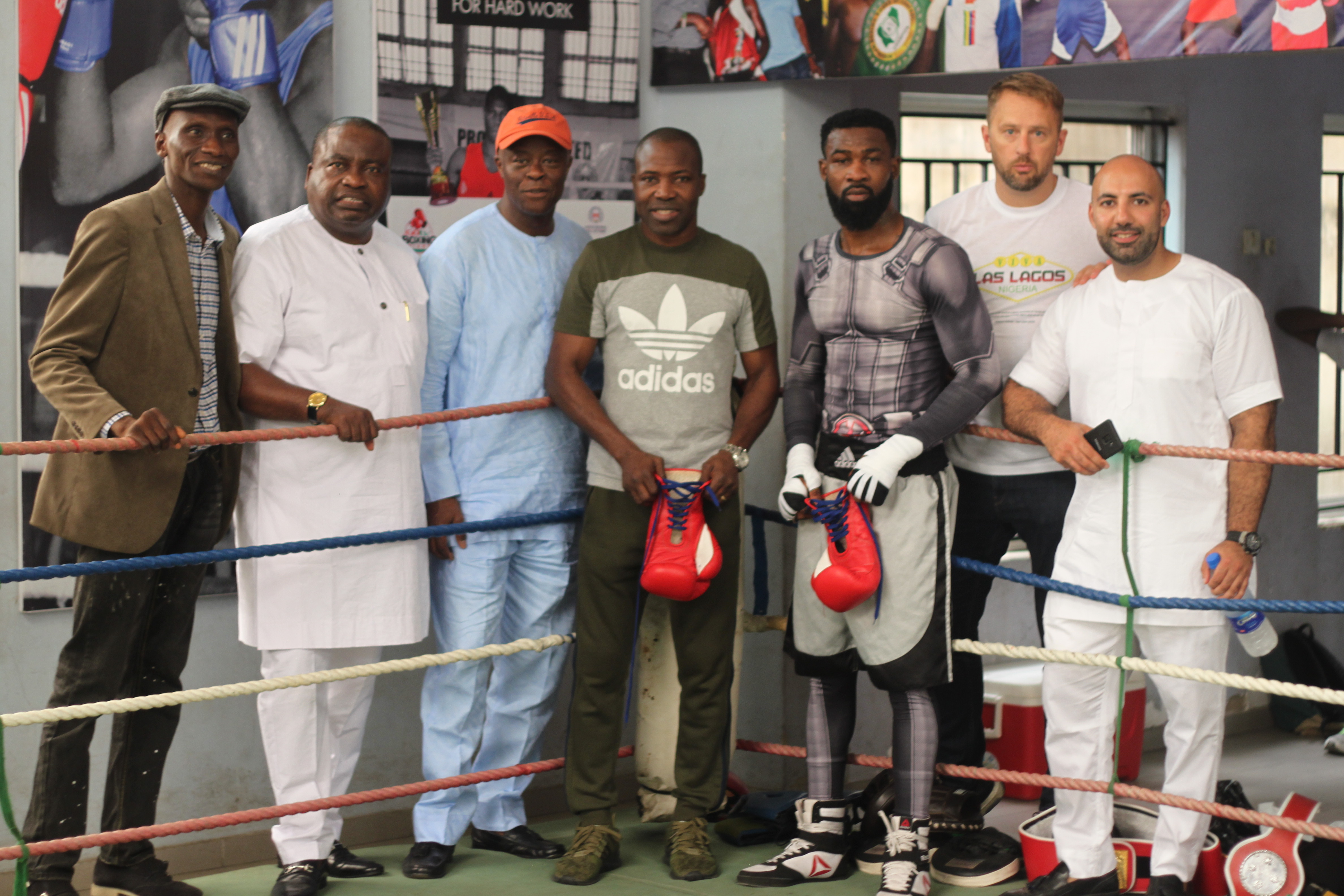 The current Africa Boxing Union and IBF European Welterweight Champion, Larry Ekundayo, has revealed that he is working hard at taking a shot at a World Title in Nigeria by 2019.

Speaking with PREMIUM TIMES over the weekend at the Lagos Boxing Hall of Fame Gymnasium in Surulere, Ekundayo said he wants to bring back the glory days to Nigeria by fighting on home soil and winning a world title for the country.

“That’s the plan. We want to have a world title fight here in Nigeria and trust me, we will not disappoint, we are already speaking to the authorities and letting them know the numerous gains having such a big fight in Nigeria will have. The gains are countless, and the youth can be inspired a great deal from this,” Ekudnayo opined.

On his part, Ben Gray, the Commercial Agent for Ekundayo and a host of other elite boxers across the world revealed that having a world title fight in Nigeria is bound to have positive effects on the fortunes of boxing in Nigeria going forward.

He said: “Our mission in Nigeria at this moment is first to bring Larry back to Nigeria to express his gratitude to those that have supported him this far and to allow the people to see their champion who is the IBF Welterweight King. We are also in to talk to the leaders to explore the possibility of having a world title fight here next year.

“Nigerians love their sport and put so much into great events, there is the Lagos Marathon but who wins it… Kenyans, you (Nigeria) have not won the football tournaments either, so what we are looking at is a world-class event that not only a Nigerian will win but a Lagosian. Nigeria has a lot of talents in boxing, look out what Anthony Joshua is doing for example and trust me there are many other Joshuas on the street, we can begin to showcase what we have more with big fights like this.” Gray added.

According to Ekundayo and his team, there are plans to have Anthony Joshua at the ringside during the World title fight targeted for the first half of 2019.

Mr Edun admits that Ekundayo deserves all the support he can get to make his dream for a world title even as a 36-year old boxer a reality.

“Larry Ekudayo is a joy to watch for me in the ring, he deserves our support and by God’s grace he will bring glory to his fatherland.” the Lagos Boxing Hall of Fame boss concluded.

Before his world title fight planned for 2019, Ekundayo will be back in the ring in December to defend his coveted IBF European Welterweight title.

I will not step down as Senate president, Saraki tells APC