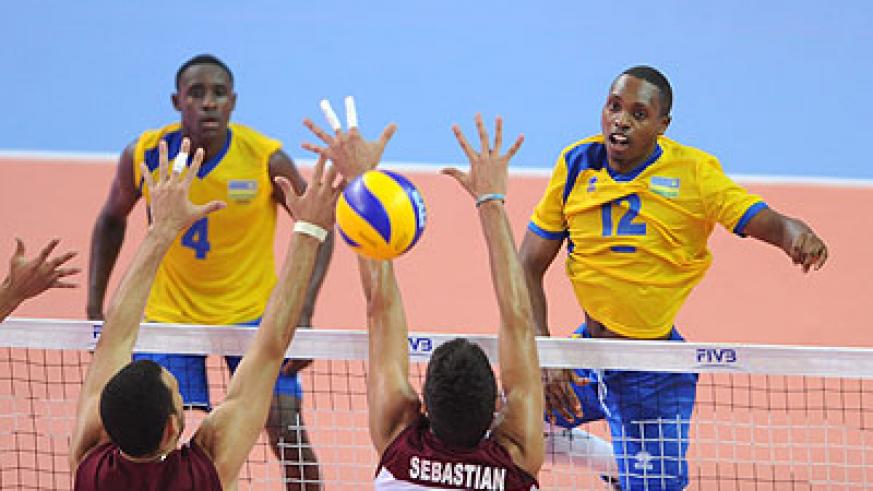 Rwanda Volleyball U-21 Team on Thursday defeated their Nigerian counterpart by 3-0 at the ongoing 2018 Under-21 Boys Africa Volleyball Nations Cup in Abuja.

The News Agency of Nigeria (NAN) reports that Rwanda dominated the Nigerians from start to finish as both teams played their second match.

Rwanda had lost their first game to Tunisia 3-0 while Nigeria won their first match, defeating Cameroon 3-2.

“I will like to congratulate my players; they played very well, we planned for Nigeria, knowing that it is a great team.

“I told my players to move from the beginning to the end and they achieved that because if you give them a time to relax, we will be in trouble,” he said.

Elishama Elam, head coach of Nigeria said the squad played well but did not play as a team.

“We never expected such result, knowing that the first set in volleyball is very important.

“The game was a good one but my boys were not playing for each other. Everybody wanted to be a star.

“We are going to strategise and make sure that the boys play for each other for the match tomorrow,” he said.

Elam said that Nigeria’s match with Tunisia was a must-win to keep them in the championship.

NAN reports that the championship continues on Friday with four matches as Rwanda meets Cameroon in the first match while Egypt encounters Morocco and Congo faces Chad.