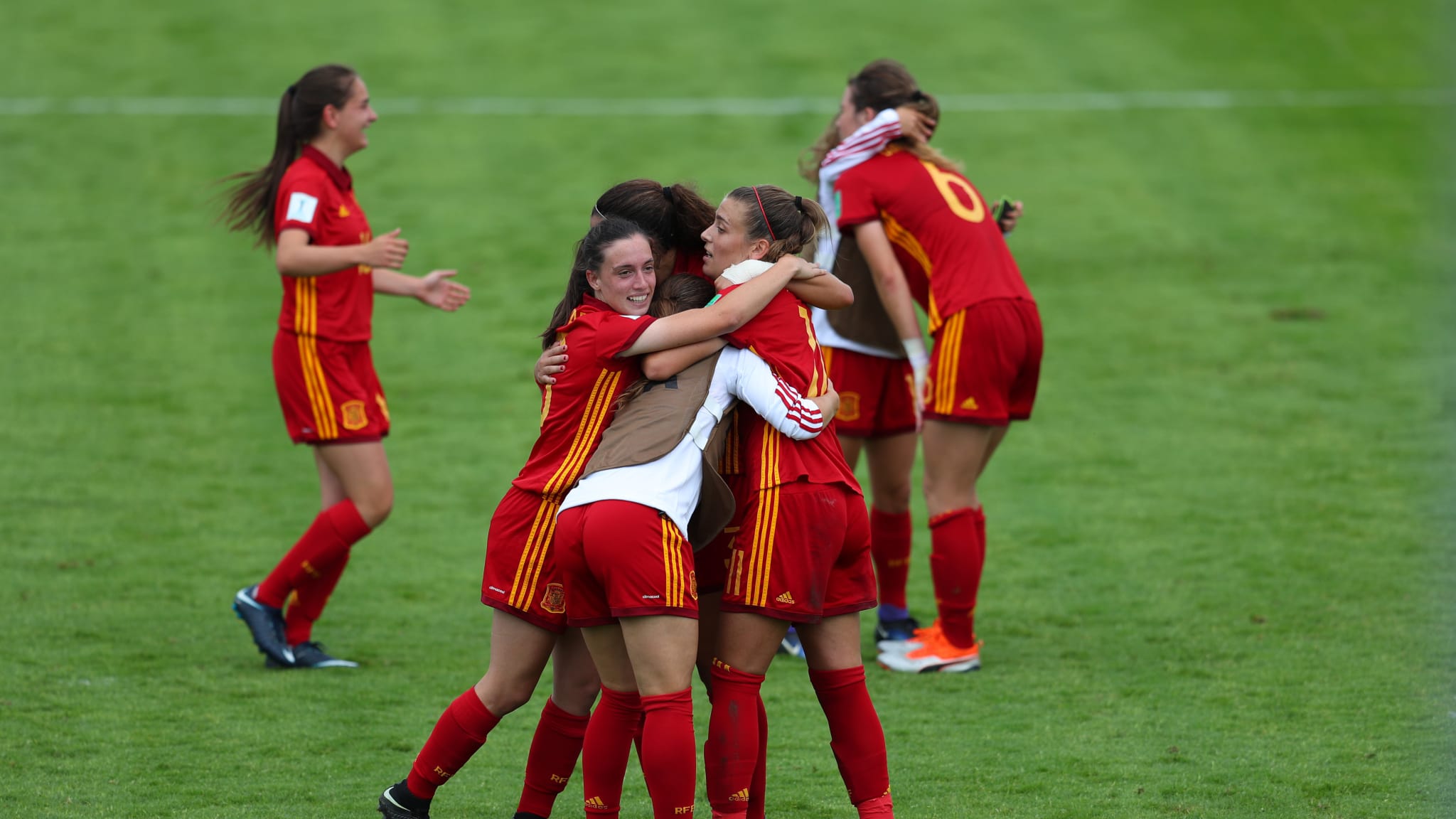 The team that knocked Nigeria’s Falconets out of the U-20 Women World Cup are through to the final of the competition.

They thus secured a clash against Japan in the final match of the FIFA U-20 Women’s World Cup.

Guijarro’s sixth goal of the tournament, in the 51st minute, was able to hand the team a first-ever chance at the finals of the World Cup.

This was however even as the team was reduced to 10-women on Monday.

Aitana Bonmati was booked for a second foul and was shown out in the 69th minute, becoming the only player to be sent off in the tournament.

The atmosphere at the Stade de la Rabine was obviously electrifying as both team struggled to show dominance but ended the first half in a stalemate.

FC Barcelona Ladies midfielder Guijarro, broke the deadlock minutes into the second half to give her team the lead as the French side struggled to utilise its chances.

France earned an opportunity to equalise via a penalty kick in the 76th minute but substitute Marie-Antoinette Katoto’s strike was saved by goalkeeper Catalina Coll.

In the end, it is Spain and Japan in the final on Friday, after the Asians defeated England 2-0 in the first semi-final match.

The third place match will also be played same day at the tournament in France.