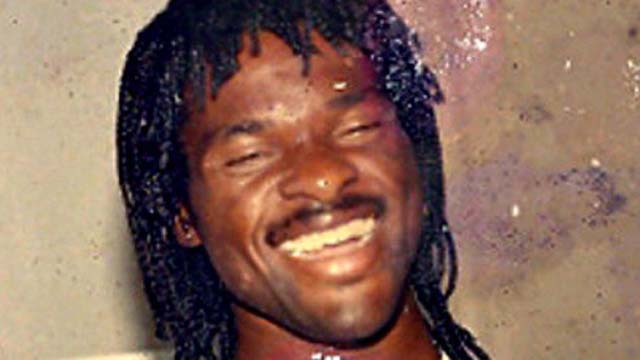 A former Nigeria international, Mutiu Adepoju, has suggested that August 12 of every year be declared as a public holiday in remembrance of the late Samuel Okwaraji.

Okwaraji slumped and died at the National Stadium in Surulere, Lagos, 29 years ago while playing for the national team.

While opinions have been divided on whether enough has been done to immortalise him, Adepoju on Sunday said it would not be out of place to observe August 12 as a public holiday to remember the fallen hero.

It is not a bad idea if August 12 is declared as public holiday to remember #SamuelOkwaraji who passed on to glory on this day in 1989. Keep resting legend 🙏😭😭😭😭#WeRememberOkwaraji pic.twitter.com/DDFmcRIUdu

“It is not a bad idea if August 12 is declared as public holiday to remember #SamuelOkwaraji who passed on to glory on this day in 1989. Keep resting legend 🙏😭😭😭😭#WeRememberOkwaraji” Adepoju wrote on his official Twitter handle on Sunday.

As it has been the case in the past years, tributes have been pouring in for Okwaraji, with the Nigeria Football Federation, NFF as well as fans across the world paying glowing tributes to the dedicated player who served Nigeria till his death.

Okwaraji slumped to the ground in the 77th minute during a 1990 FIFA World Cup qualification match played at the National Stadium in Surulere Lagos after a supposed heart failure. He died afterward en route the hospital.

“We remember former Super Eagles midfielder, Samuel Okwaraji, who passed on to glory on this day in 1989,” NFF tweeted.

“He was such a patriot in the truest sense of the word. Keep resting Samuel Somtochukwu Okwaraji ( 19 May 1964 – 12 August 1989) #WeRememberOkwaraji.”

The former Super Eagles midfielder made eight appearances for Nigeria and scored one goal.