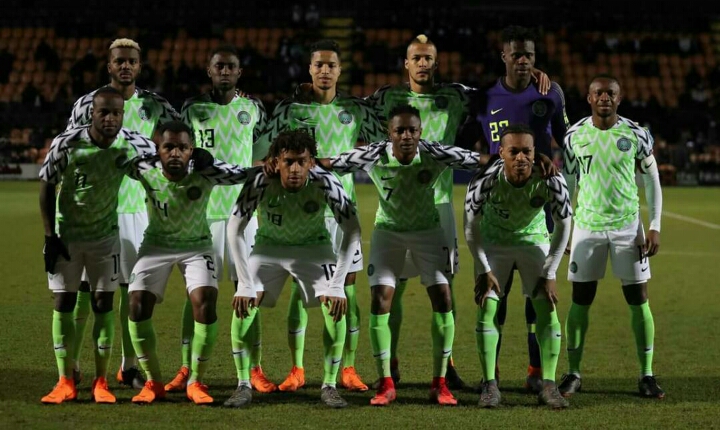 The Super Eagles of Nigeria are set to begin their chase for glory at the 2018 World Cup in Russia as they take on Croatia in the second game in Group D.

With the first game in Group D involving Argentina and Iceland ending in a 1-1 draw, a victory for either Nigeria or Croatia will give them an early advantage.

This is the first ever meeting between Nigeria and Croatia and an explosive encounter is expected at the 35,000-seater Kaliningrad Stadium.

The Super Eagles have a good record when they face European teams in their opening World Cup games.

It is understood that President Muhammad Buhari spoke with the Super Eagles captain, John Mikel Obi, earlier today to let him know how Nigerians are eager to see the Super Eagles soar in Russia.

Stay with PREMIUM TIMES for the Live Updates.

Both teams warm up on the pitch before kick off.

This is Nigeria’s sixth World Cup appearance while this is the fifth for the Croats..

Yes we are ready and Super Eagles  kick off the game

Victor Moses lobs the ball but Croatia do the needful

It has been a fast-paced game so far

Shot! Perisic with a thunderbolt but goes over the bar and Uzoho ready it

Ighalo blows a good chance with his indecisive

Chance! Andrej Kramaric from Croatia but his header goes wide

Shot by Iwobi but blocked  by Croatia

End of first half Croatia 1-0 Nigeria

Croatia get the second half underway

Nigeria win a corner but Balogun nods over the bar

Moses shoots wide from the box

Rakitic fires another rising shot that goes over the bar

Ighalo angry as the referee gives a Free kick against him

Croatia still holding on to their slim lead

Yellow card for Willam Troost and penalty for Croatia

Modric nets the second goal for Croatia from the penalty spot

Iheanacho who replaced Ighalo almost pulls one back

Uzoho parries off the boots of Rakitic to avoid another goal

Ahmed Musa almost connects a pass from Iheanacho but blocked..

Looping header from Balogun.. easy catch for the Croatiakeeper

Mikel  off for simmy Nwankwo