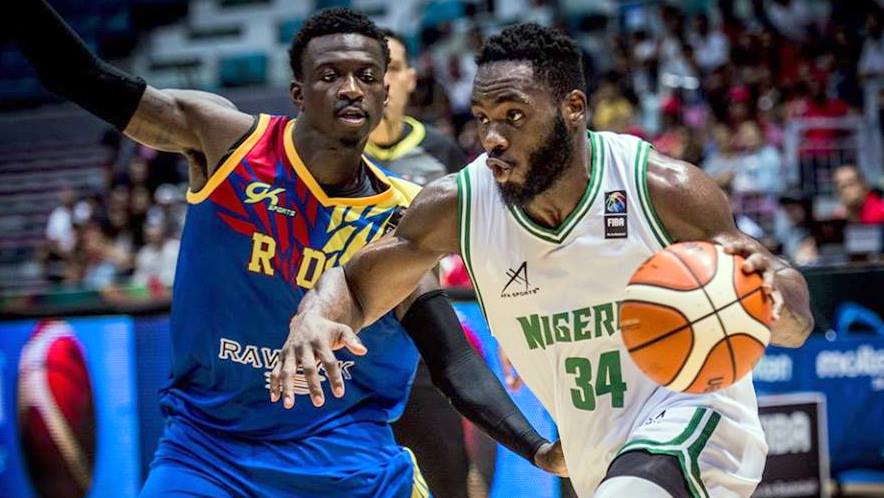 The Nigeria senior men’s basketball team, D’Tigers, have been pitched alongside Cameroon in one of the quarter-final pairings at the ongoing 2017 Afrobasket championship.

D’Tigers suffered a shock defeat on Sunday against DR Congo. But that nonetheless, the Coach Alex Nwora-tutored side finished top in Group A to book a date with neighbours, Cameroon in one of Thursday’s quarter-final games.

For officials of the Nigeria basketball team, Sunday’s loss against DR Congo was only a wake-up call and not a reason to press the panic button.

“Nigeria lost one of its group game before they went on to become champions of Africa two years ago in Tunisia” Ejike Ugbuaja the players’ representative in the NBBF board noted.

PREMIUM TIMES also gathered that D’Tigers were a bit depleted in Sunday’s game against DR Congo but should have the full complement of their squad in Thursday’s battle for a semi-final slot.

“We were short of two key players, Abdul Yahaya and Odunsi in the game against DR Congo but we don’t want to be making any excuses,” an official who craved for anonymity told PREMIUM TIMES from Tunisia.

He added: “Daniel Ochefu could only play for few minutes because he had a stomach problem, but we thank God we are in the quarter-final now so we have to correct all our lapses and qualify for the semi-final.”

Ahead of the Cameroon game, FIBA zone 3 president, Samuel Ahmedu; the vice president of Nigeria Basketball Federation, Babs Oguande; and technical representative of NBBF, Adamu Janlong; have all asked the D’Tigers to step up their game.

In the other quarter-final matches to be played on Thursday, Tunisia will go up against DR Congo; Senegal will take on Angola and Morocco will play Egypt.

“I had carnal knowledge of her once,” man confesses to rape of toddler