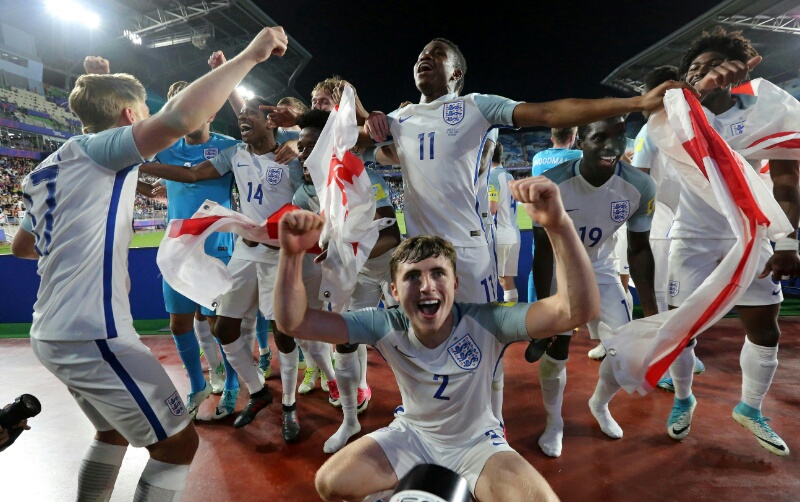 England U20 team celebrates after winning the final match against Venezuela (Photo Credit: The Sun)

England on Sunday won the FIFA U-20 World Cup, defeating Venezuela 1-0 in the final.

The trophy was the first by any English national football team since the country won the World Cup in 1966.

On Sunday, a first half strike by Dominic Calvert-Lewin ensured the Young Lions emerged victorious although their Freddie Woodman made a 74th minute penalty save.

The new Liverpool who is of Nigerian origin, joins the likes Lionel Messi, Paul Pogba, and Sergio Aguero who all won the U-20 World Cup Golden Boot in their career.

In the third place match played earlier on Sunday, Italy beat Uruguay on penalties after a goalless draw in full time.

Why June 12 cannot be forgotten in Nigeria’s history – Atiku